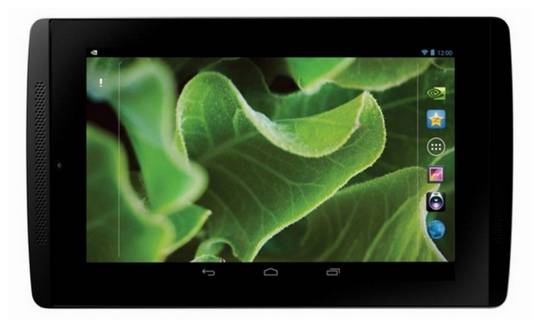 ADVENT has unveiled the Vega Tegra Note 7 this morning, which as the name would suggest, this is a 7-inch tablet powered by an NVIDIA Tegra processor. For now it looks like the release is limited to those in the UK and by way of retailers to include Currys and PC World. Availability aside, the Vega Tegra Note 7 will be sporting a 7-inch display with a resolution of 1280 x 800 (215 ppi) and arrive powered by an NVIDIA Tegra 4 processor.

The Tegra 4 has a 72-core GeForce GPU and quad-core Cortex-A15 CPU with the fifth battery-saver core. According to details coming from ADVENT, this makes the Vega Tegra Note 7 the “world’s fastest 7-inch Android tablet.” This tablet will also be one to arrive with a stylus. Specifically, the NVIDIA DirectStylus.

The tablet will be running Android 4.2.2 Jelly Bean at launch and arriving with other hardware to include 1GB of RAM, 16GB of internal storage, 2 megapixel front-facing camera and a 5 megapixel rear-facing camera. There will also be WiFi 802.11 b/g/n, Bluetooth 4.0, microUSB and microHDMI.

Other details of the tablet have it landing with NVIDIA PureAudio which will be paired with the front-facing stereo speakers (complete with a bass-reflex port), a battery life that is said to be good for “10-plus hours of HD video playback” and TegraZone gaming. This tablet also looks like it will bring the Android release of Camera Awesome.

SmugMug has said the Camera Awesome app was heading to Android in the past, however they have always been quiet on the date. While SmugMug has yet to offer a general Camera Awesome release date, we do know the Vega Tegra Note 7 will be launching in the UK on November 15th. The tablet will be priced at £179.99 and pre-orders will begin on November 7th.