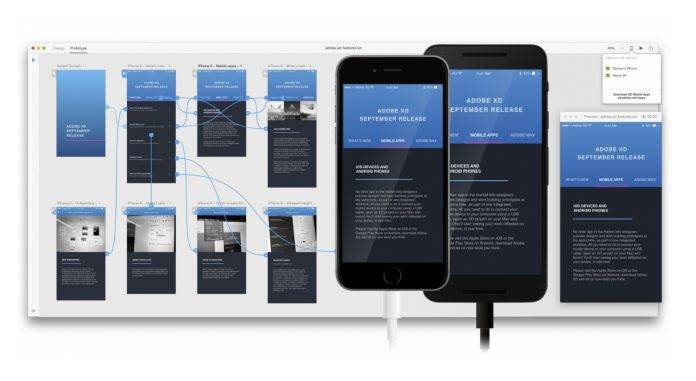 The Adobe Experience Design CC, or maybe more popularly known as Adobe XD, is still in its preview phase, but already artists and designers can explore what it means to have access to your projects in both desktop and mobile and to make changes to it in real time. The September update to the preview version brings several small goodies that when put together makes it a sort-of big update to the app. It includes real-time preview for mobile devices, locked aspect ratios, a parallax effect, and other additions and changes.

One thing that designers need to do even while working on their desktops is to see how it will look like on mobile devices. Adobe XD can now do that for you, and the preview is in real time as well which is pretty helpful. You can also now apply aspect ratio lock on your images so that even if you resize it, it will preserve the correct proportion of the images or the elements. You can also now zoom in on the elements on your desktop through the Cmd+3 shortcut or look for the shortcut in the view menu.

The update also brings the real slide transitions which actually creates a slight parallax effect when transitioning through art boards. The previously called slide was renamed push because the transition looked more like pushing the next board. When sharing your web prototypes, you can now create unique URLs so people can go directly to the art board you want to share.

There’s still no timelines to when the Adobe XD will be released in its full version, but they did say they will be showcasing the next update/release at MAX 2016, their major creative conference. Let’s see if it’s already the full version by then.