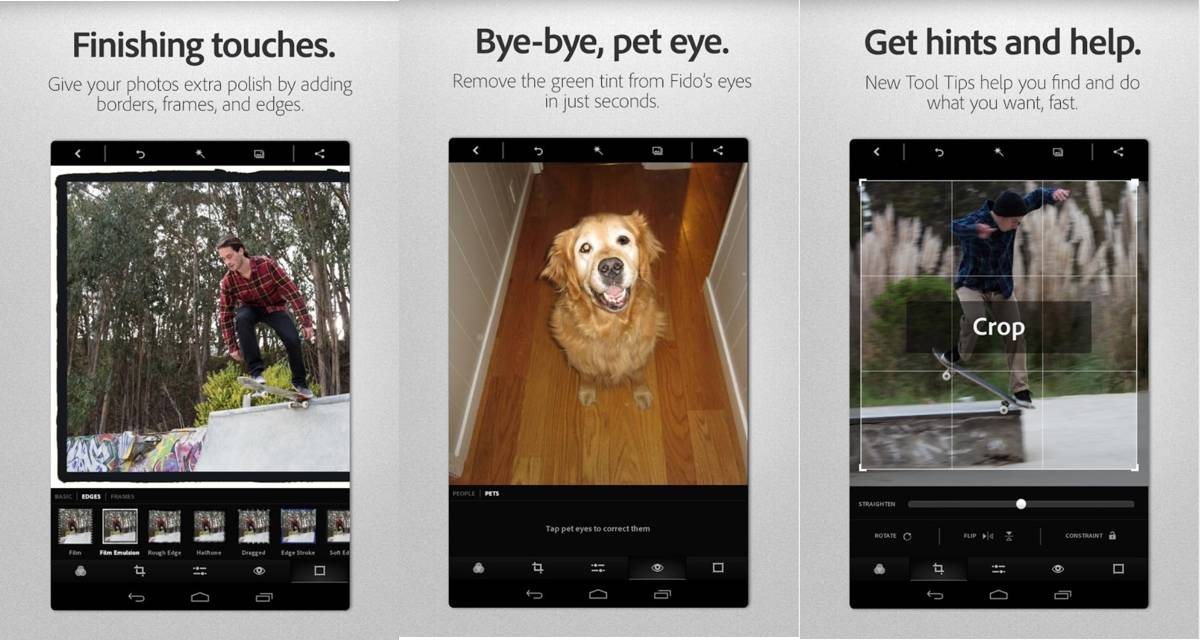 Adobe Photoshop Express for Android is seeing an update, bringing in a few editing features. We can now add borders to our shots, and Adobe has a unique take on red-eye reduction — for pets. Navigation is also improved, rolling in along with the mysterious bug fixes.

Borders are just what they seem — borders. Add a ripped effect to make your photo look torn from a magazine, or something a little fancier. For those interested in mobile editing, borders are a neat addition. It could add something different to social sharing, too — but we doubt it’ll be a widespread thing.

Adobe is also introducing what they call “Pet-eye” reduction. Sounds painful, but it’s not — it’s just red eye reduction for animals. Rather than the actual red, pets typically get a green hue to their eyes when hit at the wrong angle. Adobe is doing for your beloved pet what they’ve long done for you. See? Dogs are people, too.

The update is rolling out now, so be on the lookout for it. A free app, Adobe Photoshop Express is one of the better after-shot editors on the market. Sadly, their quickly losing ground to native camera apps that do a more tha adequate job of photo editing.