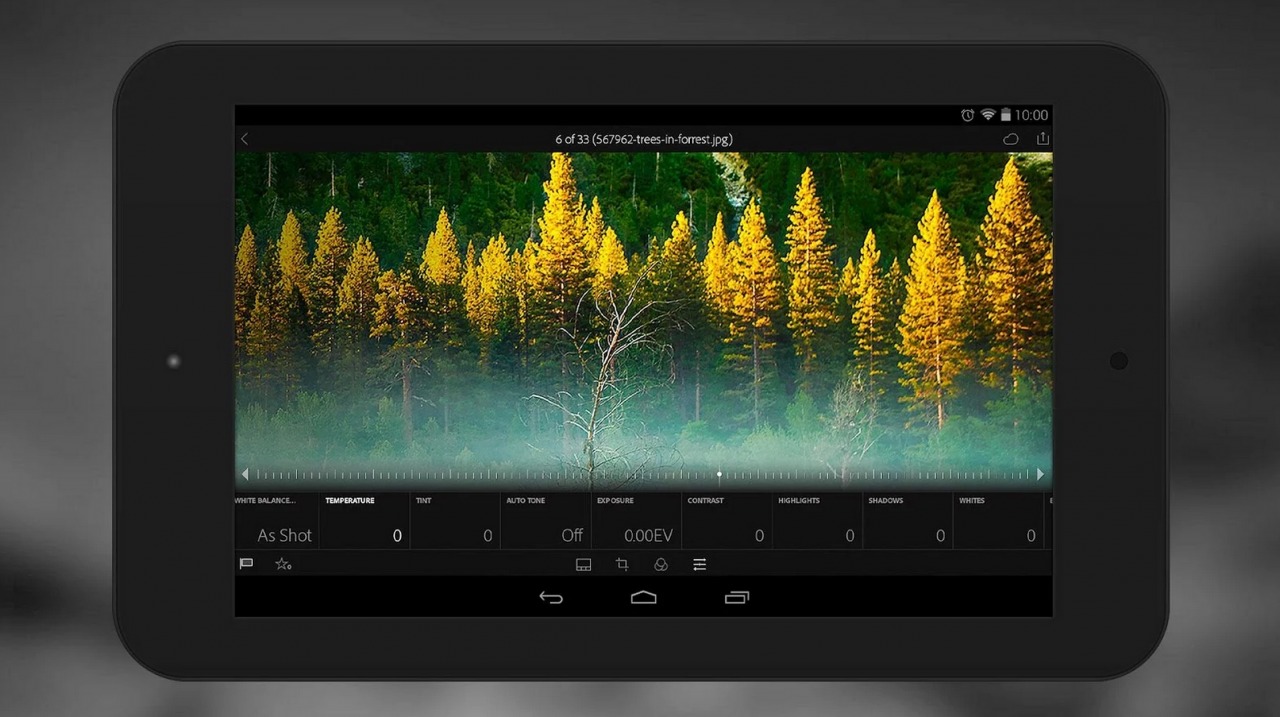 Sometimes, you need to work on your photographs in the RAW. Okay, we don’t actually mean photo editing while you’re butt naked, but if you’re a real photographer, you know we mean the RAW file format, or the yet “unprocessed” shots you take with your camera. The latest update to Adobe Lightroom brings you the ability to work with RAW images, but with a slight caveat, especially if you’re using older Android devices.

Actually, Lightroom has already brought this RAW support in previous updates, but now it is also available for tablets. This means you can have a bigger screen while you’re “fixing” your RAW images, since smaller screens, while being more mobile and convenient, may not be the best platform in which to meticulously edit a photograph. However, RAW camera support is not yet available for all Android devices. Only those who’ve upgraded to Lollipop have the Android Camera2 API, which may allow your smartphone or tablet to have RAW support, although it isn’t guaranteed.

The Adobe Lightroom update also now allows you to access picture files on your microSD card, to edit them, and then to store the edited photos in them. This is actually a pretty basic feature, but one that was not present in previous versions. No mention of bug fixes and improvements here, but we’re pretty sure they did a little bit of housekeeping too.

The rollout of the update for Adobe Lightroom has already started. It is expected to finish within this week, so if you can access RAW photos on your device, then you have something to look forward to.