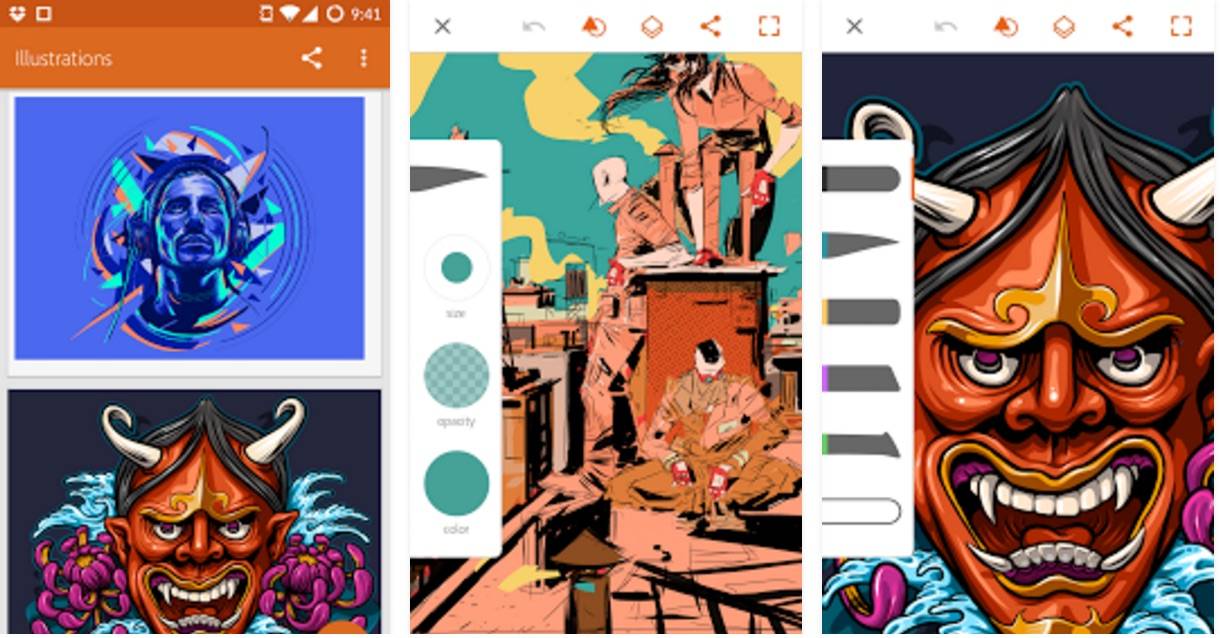 It took them a while to get here, but Adobe is finally ready to release the Adobe Illustrator Draw app into the wilds of Android tablets. Years after it was first made available for iOS devices, the drawing app is now ready to compete with other drawing apps that have been making the round in this platform. It does have a distinct advantage being from Adobe and having the ability to sync into your CreativeCloud, if you’re a heavy user of their products.

According to their principle product manager Will Eisley, they really wanted to “get it right” that’s why it took them a while to release the Android version. They got feedback from the Google+ community, Adobe Android Apps, and went back to the drawing table so to speak, when changes were needed. They also continually worked on creating and improving free mobile apps for Samsung and Nexus tablets so that there would eventually be feature parity between iOS and Android.

And now finally, they’re confident enough to release the Adobe Illustrator Draw app. They have features that are especially for Android tablets, including a better drawing performance, the ability to control what brushes appear in the toolbar, and a digital ruler that will help you if you need straight and geometric lines. If you’re using a Samsung device, it also has support for the S-Pen, including pressure and palm rejection.

Users will be able to create scalable vector artwork plus drawing layers, including both photo and image layering. You can even zoom up to 64x if you need to see the tiniest detail. You also have access to royalty free images and graphics on Adobe Stock. And of course, you can sync everything to your Creative Cloud and edit them on Illustrator CC, including paths and layers. You can download Adobe Illustrator Draw from the Google Play Store for free.