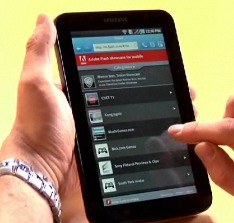 One of the big things that Android users have that user’s on the iPhone lacks is support for Adobe Flash. Adobe has announced that so far Flash player 10.1 has been downloaded on Android over a million times. Despite heavy downloads there are still some issues with some Flash content.

ZDNet reports that Disney.com videos don’t work as planned on Android with the Flash player and the popular game site AddictingGames.com didn’t work either. The reason is that Disney and some other sites automatically deliver content to mobiles that lack video.

Adobe is adamant that issues like this are not a faulty of the API. Adobe’s Anup Murarka simply said, “It’s not an API issue.” I guess the fix in these instances is for these sites to offer the chance to users to view the full website, not force a mobile version for the multitude of devices that can handle the real deal.