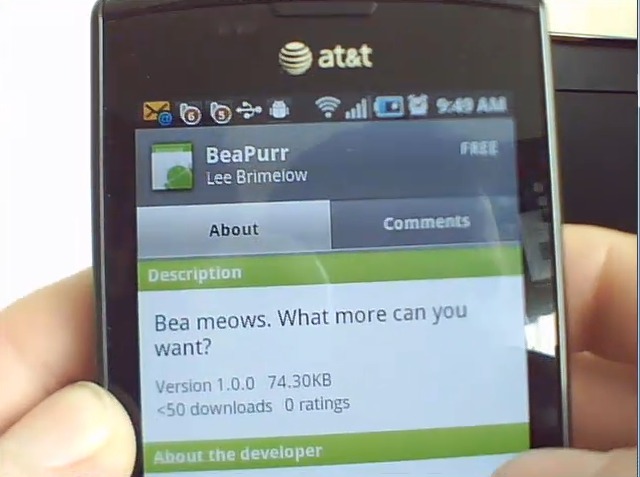 With Adobe AIR just being released we are now getting word on just how easy it is to push to the Android Market. How easy? Well, it took Adobe’s Lee Brimelow just over 6 minutes to get a simple test app on the Market.

This is just an early example of it’s ease of use, not to mention the ability to push this test application to devices running iOS, and computers running Windows, Mac, and Linux based operating systems. The flood gates have been opened, expect many applications hitting the Android Market via Adobe AIR in the coming weeks.

Check out the video at GoToAndLearn.