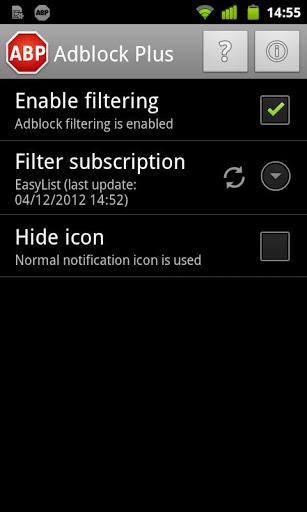 There has been some concern over AdBlock Plus and how automatically redirects your phone’s proxy to a localhost to block ads. This led to a bigger issue of a large security hole inside of the Android operating system. Even if a smartphone isn’t rooted, apps could use this security bug for phishing. The developer of AdBlock Plus proposed a few resolutions for the issue that would both fix the security hole, and also allow the AdBlock Plus app to keep working.

Unfortunately for AdBlock, Google has created it’s own solution that renders the AdBlock Plus app ineffective. They’ve created a patch that is included with the Android 4.2.2 update that fixes the large security hole. The fix prevents AdBlock, or any app, from automatically redirecting the phone’s proxy to a localhost, meaning users who use AdBlock will have to manually redirect their proxy for each of their internet connections.

For app developers, this is great news because many felt that AdBlock Plus was a threat to their funding. This was an increasingly big issue for smaller app developers. For many users however, this is a loss, especially when there are those pop-up ads or other intrusive ads that interfere with day-to-day operations.

Obviously, for many users, the process of manually configuring proxies would be too complicated and too much of a hassle. The AdBlock developer, however, says that there’s not much else they can do at the moment until Google releases the API for its next update. All AdBlock can do is try to make the process of manual configuration more simple and easy for its users.