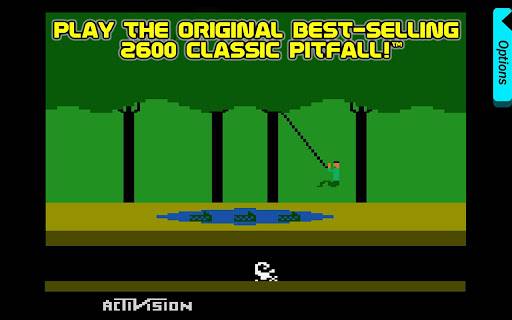 Ready for some nostalgia? Hopefully you are, because Activision has just unleashed the Activision Anthology on the Google Play Store. The anthology features 45 classic Activision games, and though the app is free, you’re going to have to shell out cash for most of the titles Activision is touting in this release. That isn’t true for all of the games, however, as just downloading the app nets you Kaboom! for free.

As for the other 44 games – which include Pitfall, River Raid, The Activision Decathalon, Stampede, Pitfall II and Demon Attack – you’ll have to lay down some cash to access those. The rates aren’t too bad, though, with Activision offering bundle packs of 11 games for $2.99 each. You can also purchase the entire collection for the “special limited-time introductory price” of $6.99. There’s no word on when that price will increase, or what it will increase to when it does. 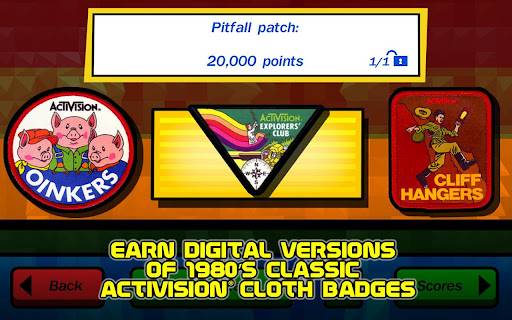 This package comes with a number of bonuses, allowing players to collect digital versions of the game patches Activision was pushing back in the 1980s. The Activision Anthology comes complete with Facebook and Game Center integration, along with support for leaderboards and achievements. There are also a number of different control schemes to pick from, and the original box art and manual for each game are included so you can get a real blast from the past.

All in all, this doesn’t seem like too bad a package, considering the extras Activision has included. It seems pretty reasonably priced as well – $6.99 is not a bad price to pay for 45 games, especially if you grew up playing them and would like to revisit the past every once in a while. The Activision Anthology is available now on the Google Play Store [download] – will you be picking it up?