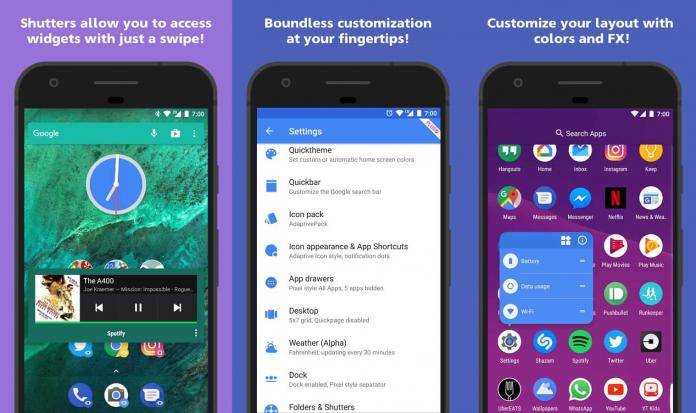 If you are looking for a launcher that will do most of what you need your homescreen to look like, Action Launcher is probably it. Developer Chris Lacy has made sure that his launcher is one of the most current and developed launcher you could get in all of Android – for a small price. Considering what you pay for it, we think Action Launcher is a great deal for people who don’t like the stock launcher of their device. And now Action Launcher 35 even brings you Android P looks.

Android P is still under Google’s wraps, but Action Launcher version 35 will give you a taste of what the upcoming new Android version will look like. The launcher now gives users the ability to have the Android P-style dock and search bar – although you can use older versions of the search bar if you choose. You also get Android P-style folders on your homescreens and app drawer – yes, you can now have folders within your app drawer – all with a “sort” function.

The same style of search bar is now available in the All Apps drawer, to give you that Android P feel. If you’ve been using the Action Launcher beta, you might have seen some of these features already, including “Smartsize icon scaling” which is previously a feature available only on Action Launcher Plus now usable for all. Pretty cool.

If you are using Action Launcher already, then getting these would be as easy as running an update over the Play Store app. If you want to try Action Launcher, check out the download link below.