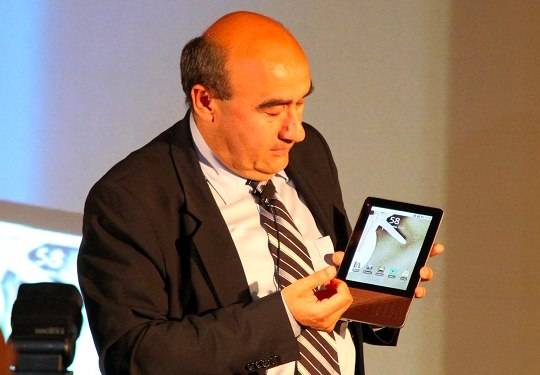 The rumors about an Acer tablet aren’t necessarily rumors, anymore, we don’t imagine. The company has come out and shown an Android tablet, after all. With that announcement, though, was the revelation that the tablet would launch with Android 2.2. Nothing wrong with that, more or less, but when the public already knows there’s a newer version of Android on the way (set to be unveiled later this year), you can see why manufacturers might want to wait to get the latest software before they release a product. And, according to this new report, that’s exactly what’s happening.

Acer is apparently putting their tablet dreams on a short-term hold for the moment, as they wait to get their hands on Android 3.0, or Gingerbread. There’s no confirmation as to what Gingerbread brings to the table, other than support for higher resolution screens, but we imagine that it must hold plenty if these companies want to put their manufacturing plans on hold to get the latest and greatest software. The new tablet was scheduled to launch by the end of this year, but with the wait for 3.0, Acer is said to be getting ready to launch the tablet next year, hopefully in the first quarter.