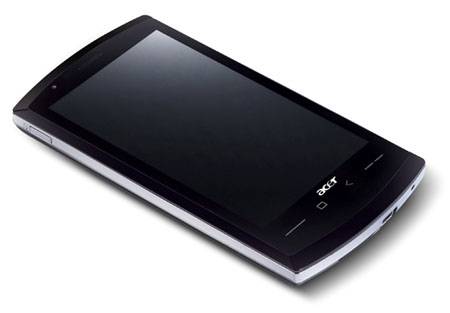 Acer went all official today and announced its new Liquid A1 smartphone that will be the first Android device to run the Qualcomm Snapdragon processor. The device sports a touchscreen and HSPA connectivity.

The smartphone also has a 5MP camera with autofocus, geotagging, ISO adjustability, and a self-timer. HTC reportedly has a Snapdragon-based Android device in the works, but that has not been confirmed at this time.

We don’t have many details on the Liquid at this point, but it promises a new UI and longer battery life than other handsets. Full details should be coming soon and the device is running Android 1.6.