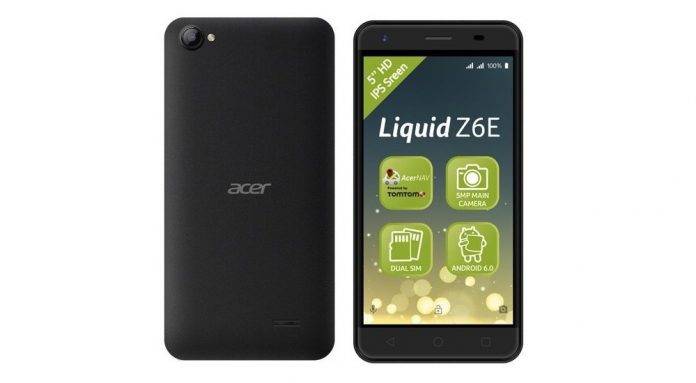 Acer is working on a new budget-friendly phone that is said to cost below €100. The Acer Liquid Z6E will be released first in the Netherlands as an affordable device from the Liquid series. If you may remember, the company announced the Liquid Z6 and Z6 Plus last year at the IFA 2016 in Berlin. The Liquid Z6E is a more budget-friendly variant and we’re assuming will come with toned down specs.

The Android 6.0 Marshmallow-powered phone also offers Dual SIM support and the usual sensors–accelerometer, proximity, and light. The specs are really lower than the original Z6 and Z6 Plus.

With the pricing, this one can be perfect for those looking for an entry-level phone. It can also be an extra device you can use for texting or calling or maybe give to your kids as their first smartphone.