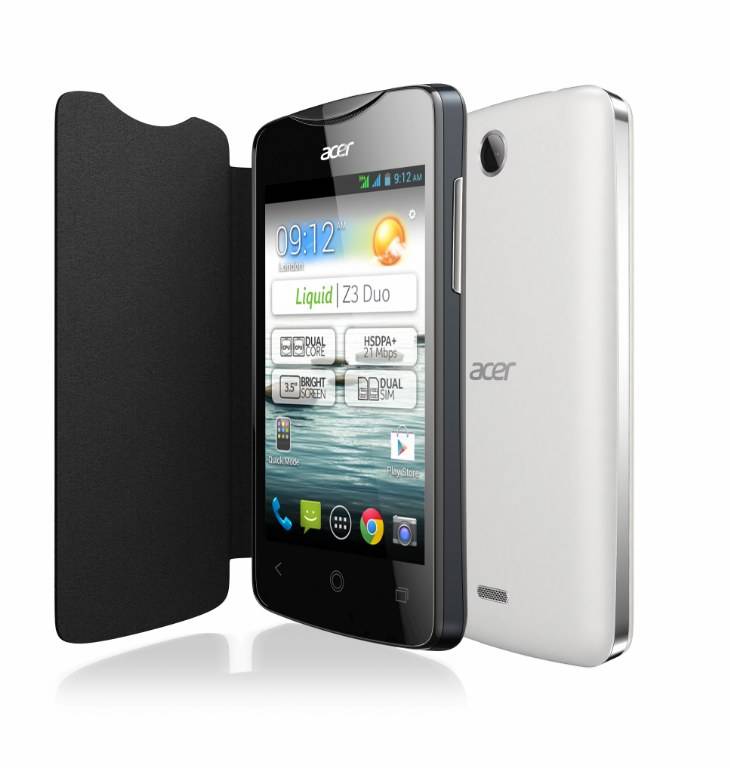 Sometimes, in order to differentiate one’s self in the market, one has to go the opposite direction from the rest of the players. When the majority is going for phones bigger than what one hand can comfortably hold, a smaller but still powerful option might just stand out from the crowd. And that might exactly be what Acer is aiming for when it unveiled today its fifth smartphone for 2013: the Acer Liquid Z3.

With the slogan “Less is more”, Acer wants to cram as much as it can in the smallest space possible. Acer Europe smartphone division VP Allen Burnes says that the company believes that there is “a whole lot of room for thinking small and simple.” But how small can one really get without sacrificing too much features or too much usability?

The Liquid Z3 is definitely not going to be a powerhouse. At 109 x 60 x 10.4 mm, it just has enough room for a 3.5-inch display. It runs on an unnamed 1.7 GHz dual-core processor with only 4 GB of internal storage and a rather low 3 megapixel rear camera. It has the usual connectivity features, such as WiFi, GPS, and support for HSPA+ up to 21 Mbps. It does have a few surprises off its sleeve though, such as an optional dual card slot. It is also running on Android 4.2 Jelly Bean, with no indication if it will be upgraded to 4.3 later on.

One of the major features being advertised by Acer for the Liquid Z3 is what it calls Quick Mode profiles, four different profiles for different types of users. The Basic Mode is targeted at young people and is optimized for calls and text messages. At the other end of the spectrum is the Senior Mode which is customized for ease of use with features like magnify and quick call contacts. The Classic Mode is for the majority of users, especially new ones, while the Keypad mode is oriented towards those who need a keypad most of the time to make calls.

The Liquid Z3 will be coming in Rock Black and Classic White colors, but flip-cover and back-cover accessories will also be available in a wider range of colors such as Rock Black, Classic White, Sakura Pink, Pop Yellow, and Lagoon Turquoise. So far, it has only been announced to be available in Belgium, Netherlands, Ukraine, France, Spain, UK, Italy, Germany, and Russia with a price tag of 99 euros or roughly $132.