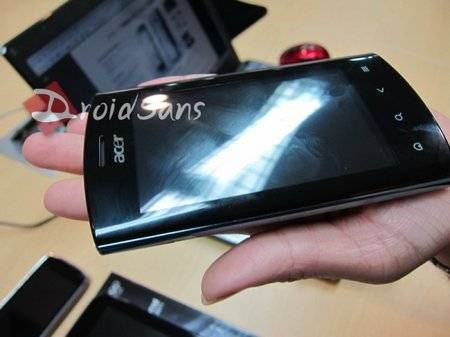 It’s been a bit of time since we last heard about the Acer Liquid Metal. The handset is still supposed to release in the UK some time by the end of October, and seeing as how we’re closing down the days before we reach the end of the month, it’s no surprise that the device has popped up for an unofficial photo. The image is coming from Droid Sans, who managed to not only get a photo of the handset, but also of a tablet that’s reportedly being made by Acer as well.

The handset is still looking mighty sleek, even in this unofficial shot. We can’t tell any real details about the Liquid Metal, but what we heard in the past is that it will feature a 800MHz processor under the hood, a 3.5mm audio jack, and a 3.6-inch display with a resolution of 800 x 480. We’ll also find Bluetooth 3.0 on the device, too. 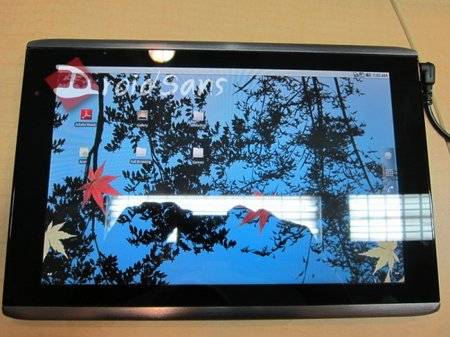 As for the tablet, we’ve got no details regarding its existence. The tablet is obviously running Android, but other than that we don’t know what’s going on here. However, it does look pretty attractive. If the device is near completion, it shouldn’t be long before Acer comes forward and officially announces it.