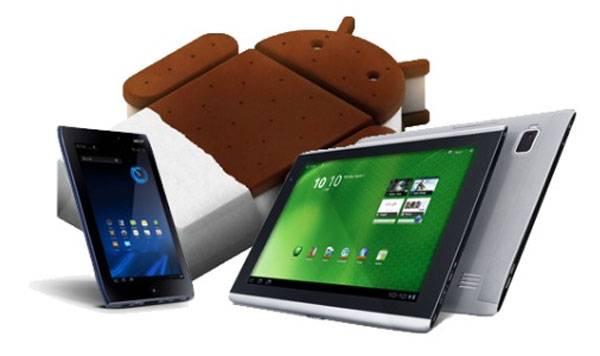 With all the hubbub over the latest Android 4.0 version of the popular OS, lots of folks want to know when they will be able to get Ice Cream Sandwich on their own tablets and smartphones. Last week Asus announced that the original Transformer tablet would be getting the ISC update next year. Today news on more devices possibly getting the update next year have surfaced.

This is unconfirmed right now so take the rumor with some salt. According to Tablet-online.pl the Acer Iconia Tab A100/A101 and the A500/A501 will all get the upgrade to ICS early next year. That would be no surprise really. The details come from information presented from an unnamed source to the Tablet-online.pl site.

It has been said by Android product manager Gabe Cohen that in theory any of the tablets on the market today running Honeycomb can be updated to ICS. How quickly those updates come will depend on if the device is running a custom UI that takes a while to tweak. I would expect that a bunch of devices would get the update in early 2012. We have asked Acer for an official comment and will update if Acer responds.