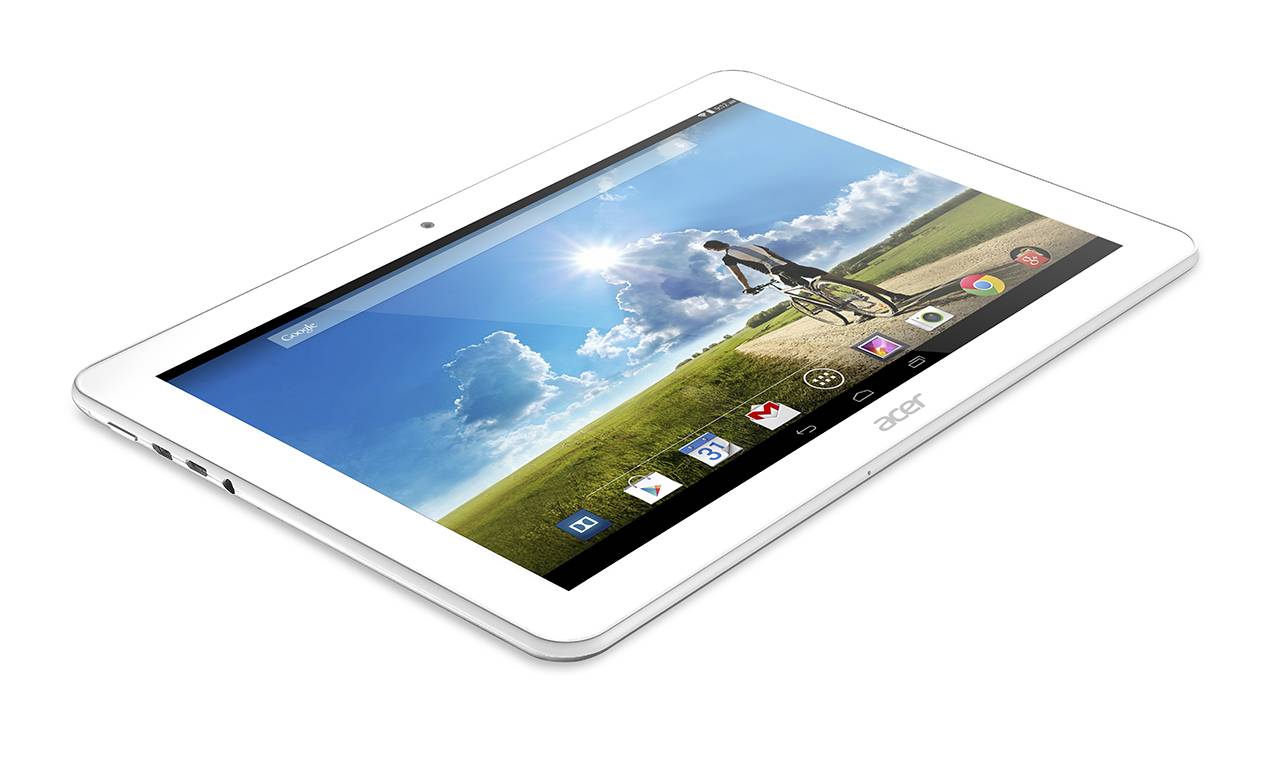 Acer has unveiled a pair of new Android tablets at IFA 2014 including the Iconia Tab 10 and the Iconia One 8. As with all tablets we talk about, the number in the name is an indication of screen size. The Iconia Tab 10 rocks a 10.1-inch FHD IPS LCD that is covered with Corning Gorilla Glass to prevent scratches.

This tablet also has Dolby Digital Plus surround sound speakers and supports 5.1 channel audio over headphones. The operating system for the tablet is Android 4.4 KitKat. Under the hood is a MediaTek quad-core processor. Acer plans to launch the tablet in the US in September with pricing starting at $199.

The other Android tablet is the Iconia One 8 with an 8-inch screen with 1280 x 800 resolution. It will come in multiple colors including jade green, sunshine yellow, vivid orange, sky blue, essential white, midnight black, fragrant pink, violet purple, mia blue, and garnet red.

Acer didn’t offer much detail on the hardware inside the tablet at this time. I am sure we will hear more closer to the launch date of the tablet in October. Acer isn’t planning to bring the One 8 to the US, but it will sell in EMEA for 149 Euro.