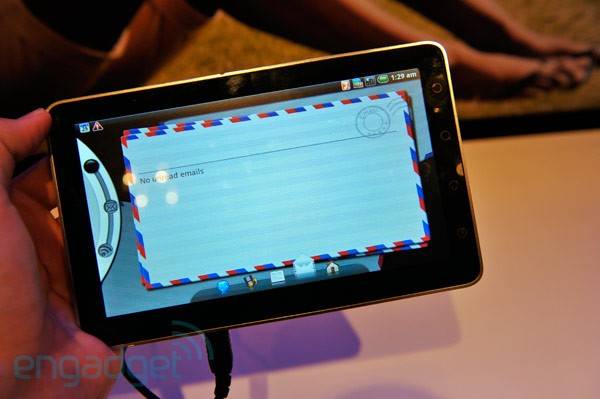 Acer is at it again, just last week when their CEO demonstrated an Acer tablet another one emerges. In the past Acer has said they will not be entering the tablet market but it appears that decision has been overturned. This is the second leak in as many weeks of an Acer branded Android tablet.

This is said to be an eBook that is most likely going to be targeted at the Kindle’s audience. It will feature an unnamed version of Android, most likely 1.6, and Qualcomm’s MSM7227 processor. Some say this tablet looks like a slightly bigger version of the iPhone. The guys over at Engadget got some hands on time with this device and the results were not favorable. It is said that it is very unresponsive and a bit slow. This is likely an early prototype so things could change before it is released, if it ever is.