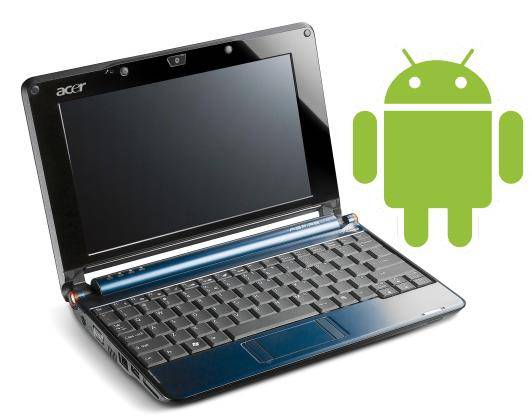 Acer has confirmed that it will be the first company to ship Android-based netbooks, with the budget ultraportables expected to hit the market in Q3 2009.  The Android netbooks will go on sale alongside Acer’s Windows-based range, rather than replacing it, and be based on Intel’s Atom processor.

According to Acer’s global president for IT products, Jim Wong, “today’s netbooks are not close to perfection at all” and that “if we do not continue to change our mobile internet devices, consumers may not choose them any more.”  However there’s still work to be done fettling Android in its netbook guise: “we’ll still have to see what kind of applications the Android software can run on and how stable it will be” commented Vincent Chen, an analyst at Yuanta Securities.

No specific release dates have been shared, beyond the Q3 window, and Wong declined to comment on possible pricing.  Analysts have previously estimated that a Windows XP license adds $25 to the cost of the average netbook; Microsoft have justified that by claiming buyers are looking for a similar mobile environment as they are used to on their desktops.  Earlier this year, Compal – the OEM behind Acer’s Aspire One netbooks – were tipped to be developing an Android netbook.