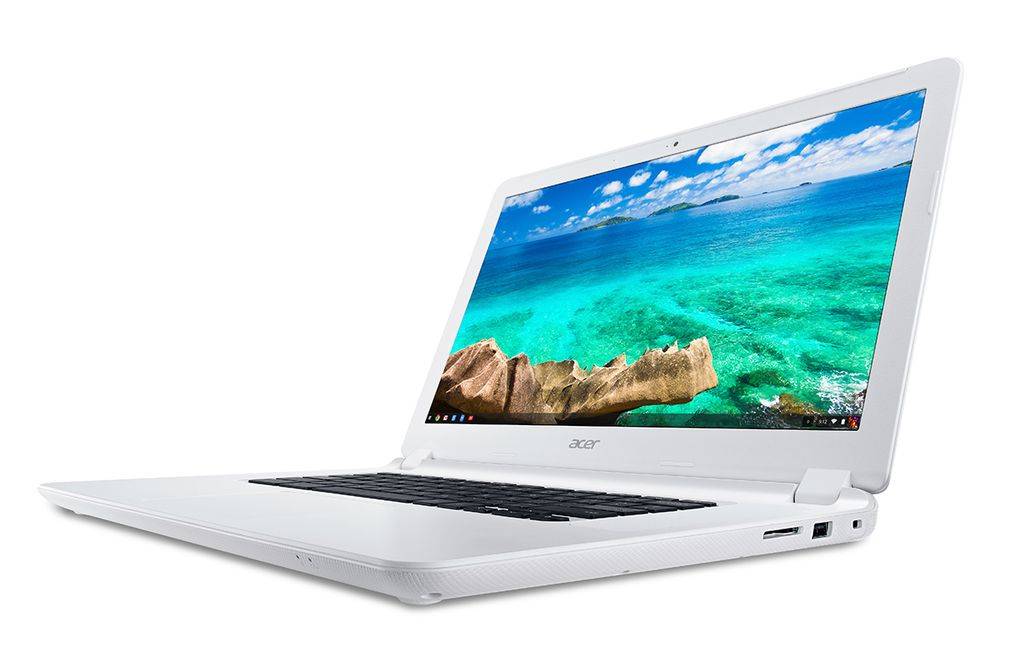 Acer, which says it has 40% of the market in the Chromebook segment, has announced that they are releasing the world’s biggest Chromebook (so far). The Chromebook 15 not only boasts of a 15.6-inch display, a huge leap from the previous largest 13-inch device, but is also the first of its kind to run on Intel’s newest processor, the 5th generation Core i3.

The Chromebook, a laptop that runs on the desktop-based Chrome OS, may not have exactly set the market on fire, but has held its own against other devices in its category. This newest flagship from Acer is the biggest yet, and boasts of a 1920 x 1080 full HD screen resolution, but if for some reason, you don’t want that huge of a display, you can choose the 1366 x 788 option. Other customization options include internal storage of either 16GB or 32GB and memory of either 2GB or 4GB.

Chromebook 15 will be running on the Core i3 or Celeron processor (5th generation) which claims that it will give your laptop up to 8 hours battery life on a single charge. We never really take those claims seriously since in real life, we know from experience they rarely meet it, so we’ll just have to wait for the hands-on to see if it fulfills its promise. It comes in white with a fabric-like surface, and will also have two full-sized upward facing speakers for your multi-media and communication needs.

If you’re looking for a lightweight laptop to carry around, then this might not be for you as it weights in at 4.85 pounds. But if you feel like the 15.6-inch display is a good choice for your mobile computing needs, then prepare to shell out around $250, which is still a pretty affordable price for a laptop.