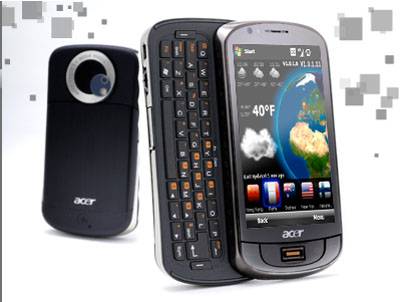 Acer smartphone boss Aymer De Lencquesaing has escalated talks today that Acer may be developing an Android phone in 2009. Previous suggestions were made at the Mobile World Congress although now developments seem a touch more solid.

Acer unveiled a number of smartphones during the Mobile World Congress. Now another two are scheduled for the forth quarter of 2009. When asked whether the new models would be using an alternative operating system to Windows Mobile De Lencquesaing said, “there is a possibility, yes.”

Although no concrete ‘yes’ or ‘no’ was given about whether said operating system would be Android, there are not many other choices available unless Acer is looking to jump in with the Symbian Foundation. So this is what we know: Acer are bringing out another two models in late 2009, they might not be operating with Windows Mobile, this might mean the integration of Google’s OS and with this, Acer becoming part of the Android Open Handset Alliance. It is only March, looks like we are in for a wait to find out.