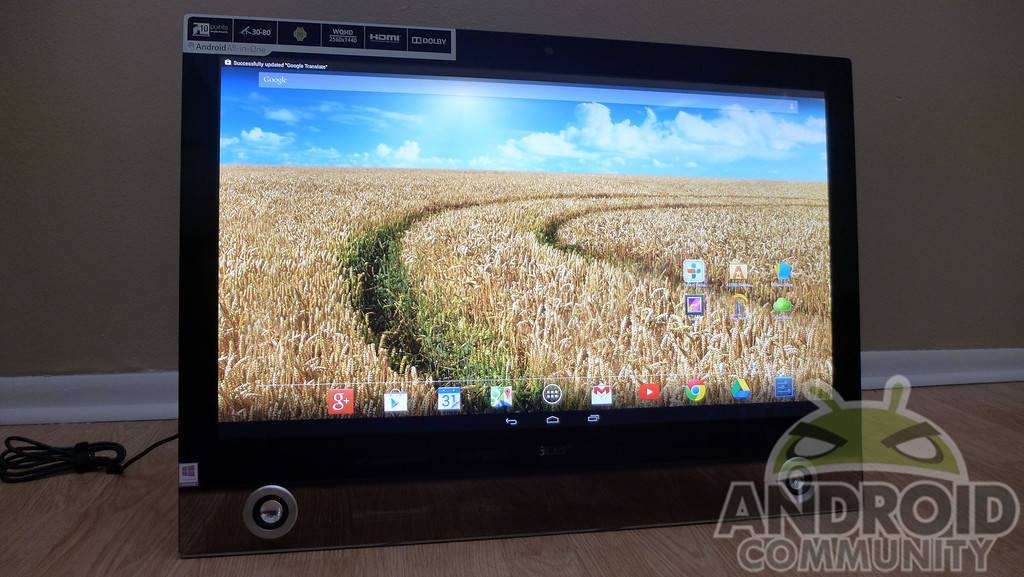 Running Android on a 27-inch all-in-one style desktop isn’t something we thought about all that much. Sure, we saw Acer announce the Android AIO TA272HUL back in January during CES, but the setup wasn’t shipping and any thoughts we had simply faded away. Acer reached out in March offering to send us a review unit, and while eager to accept, we do have to admit we were a bit skeptical going into this review. At risk of offering a spoiler, we were surprised with how much use and attention the computer received.

First things first though — the hardware basics. This is an all-in-one style setup with a 27-inch IPS display with a resolution of 2560 x 1440. Other spec highlights include a quad-core NVIDIA Tegra 4 processor with 2GB of RAM, 16GB of storage, microSD memory card slot, WiFi 802.11 a/b/g/n and Bluetooth 3.0. Aside from the display resolution, all fairly common for an Android device. 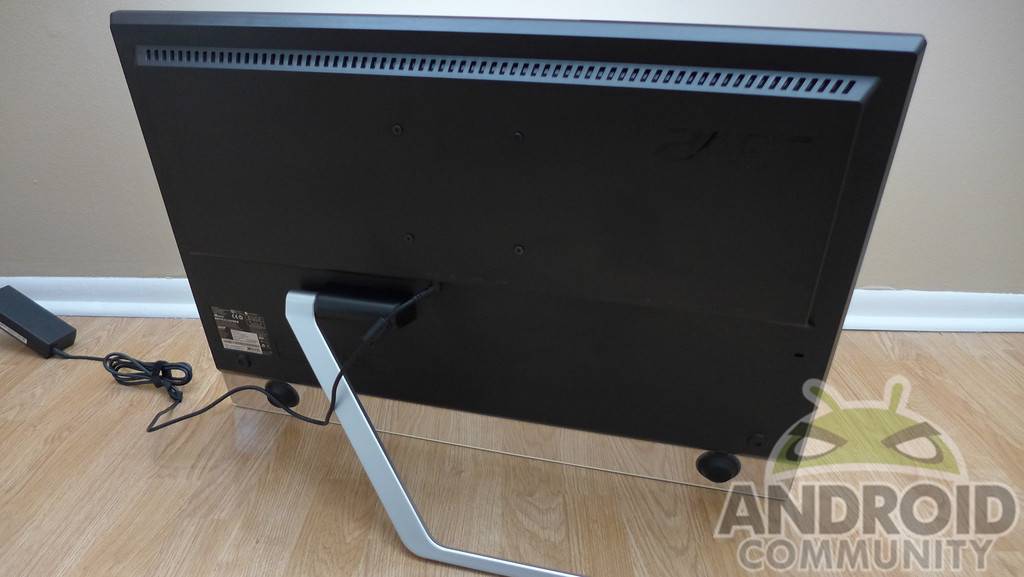 Also included is a 2MP webcam on the front and a pair of Dolby surround sound speakers on the bottom. Along with the display being a touchscreen with 10-point, Acer ships the TA272HUL with a Bluetooth keyboard and mouse. The stand on the back allows the AIO to be adjusted from 30 to 80 degrees, and during our time, it didn’t give us any reason to think it wasn’t stable.

Acer has this setup with a few USB ports on the side for easy access. The power button, volume rocker and input selector are also on the side. Most of the other ports are located along the back. Some of those on the back include HDMI and DisplayPort, which basically means this will function as an external monitor for another computer. That was one of the three ways the Acer AIO TA272HUL was used during our testing — in the office as a secondary display.

It also sat on a side table in the living room serving as a media center of sorts. Some of the common uses were for music, both Play Music and Slacker Radio and as a photo frame using the Dayframe app. The other use, as you’ll see here in the image had the computer sitting on the floor — as a game machine for the kids. In this case Fruit Ninja was a big favorite. But it also served rather well for some fun with Angry Birds. 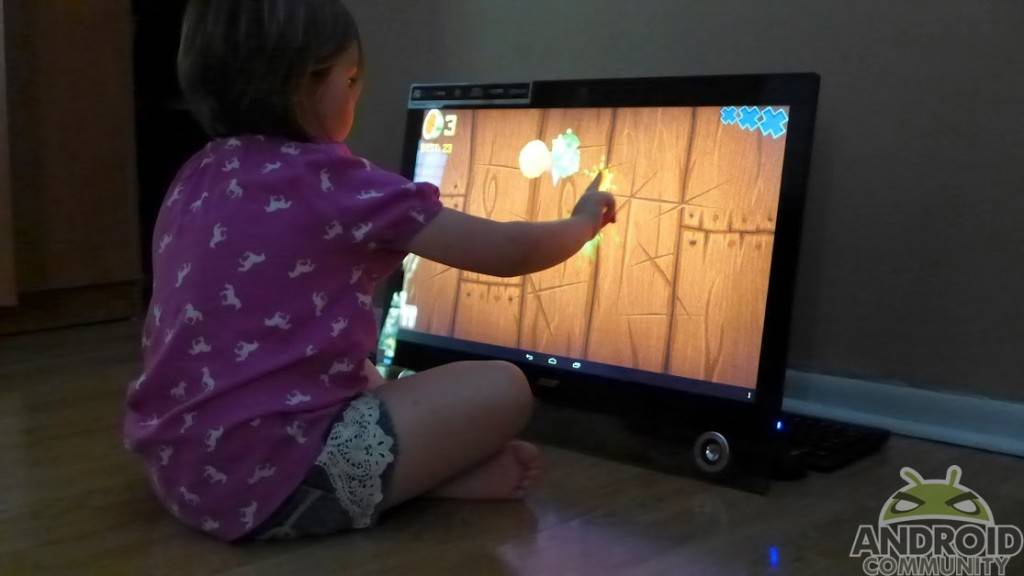 All that having been said, we do realize that much of this could have been done with another device, say, a tablet that offers a bit more portability. Honestly though, despite our initial skepticism, this setup proved nice to have around. It will also be missed once this review is wrapped up and the unit returned.

Aside from the few ways we found to use this AIO, we could also see some benefit for a college student. A 27-inch display should be a good size for a dorm room. This could have it acting as a secondary display for a notebook, as well as a media center for streaming audio and video.

As mentioned, Acer ships this with a Bluetooth keyboard and mouse. Both functioned well enough, and having them included was a nice touch. But based on our use, it also proved a bit of an unnecessary touch.

As much as we enjoyed being able to find various use cases here, we are also happy to say the performance was solid. Scrolling was smooth, apps launched quickly when opened, and the display looked good. Day to day use gave us little worry about performance issues. Having been happy with the hardware, we now have to shift over to the software, and to where we found a bit more to complain about.

What you see below is a look at the default home screen setup. Well, with one exception — the Fruit Ninja app sitting in the upper left. We got excited during the unboxing and couldn’t resist playing immediately. Basically, things look rather familiar to your basic Android setup. You have notifications in the upper left, the time in the upper right and the search bar across the top. Then along the bottom is the app dock, access to the app drawer and standard three button navigation. 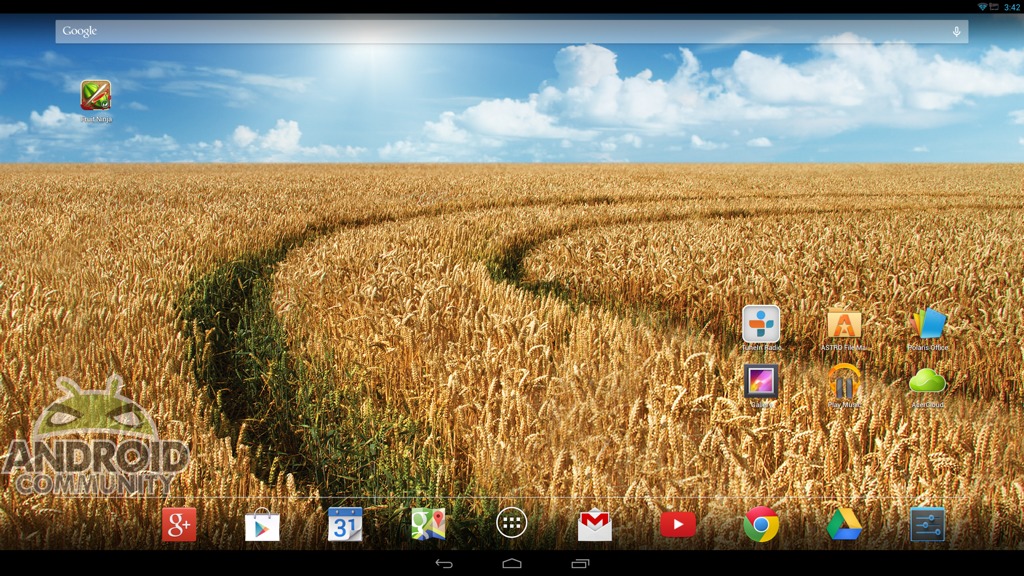 Acer has this system running Android 4.2 with access to the Play Store. And as you would expect, all of the Google services are pre-installed. There are some other useful apps pre-installed, as well some we questioned a bit. TuneIn Radio and Hulu Plus were nice to see, but why no Netflix. While Netflix is a quick and easy install, some of the apps, such as Kindle was one we questioned. Are we really expected to read on this? 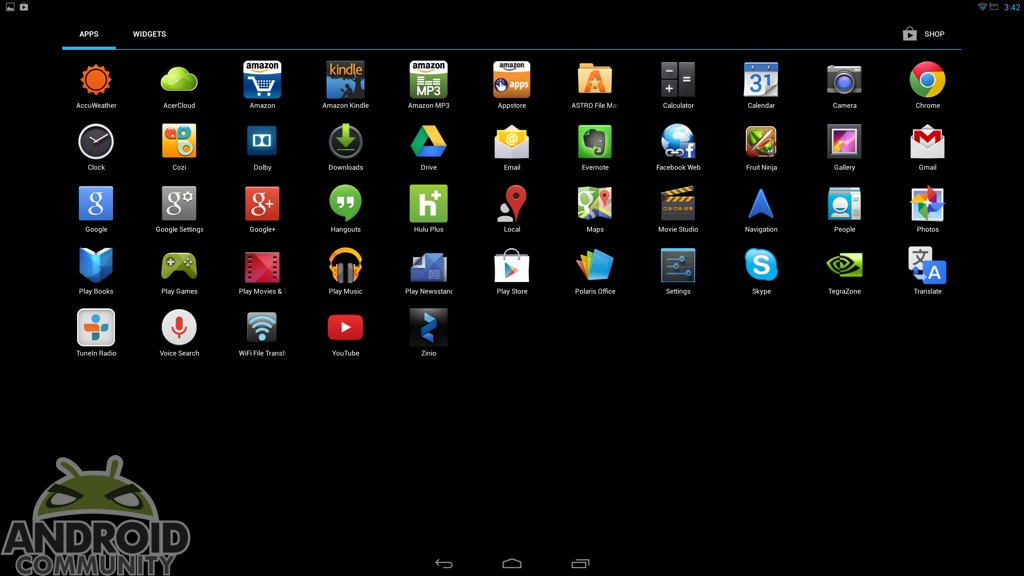 The real problem ins’t with the pre-installed apps though. The one thing many Android users love to see actually proved to be the issue here — a stock and clean setup. You see, while nice to have on a smartphone, we couldn’t help but think some Acer customizations would have helped the overall user experience.

Things ran well enough. As we mentioned, apps launched quickly and the performance was solid. But the 27-inch display was screaming for multi-tasking. Or maybe not as much multi-tasking, but being able to run two windows on the screen at the same time — side by side. As much as we hate to think we were wishing for Android to be more like Windows, but well, being able to use these apps in resizable windows would have been really nice to see. 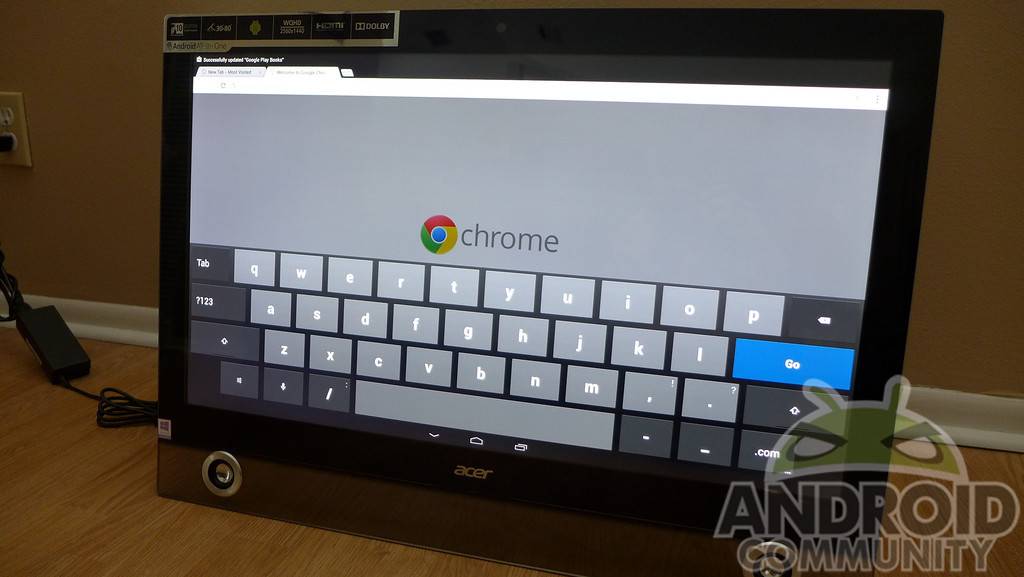 You just do not need some of these apps sitting fully opened on a 27-inch display. And in some cases — such as the keyboard, it just looked downright strange.

We enjoyed having the Acer Android AIO TA272HUL around. We managed to find plenty of use cases, and even surprised ourselves at how much value we saw. The overall experience was solid in terms of hardware, and while not perfect in terms of software — our complaints wouldn’t necessarily be a deal breaker for us. We did feel that 27-inches may be on the large side, and quite possibly some may prefer this setup a bit more with a slightly smaller display.

Bottom line though, if you are looking for a 27-inch display that is able to run Android and also serve as a secondary monitor for an existing setup — this could be worth considering. Acer has the Android AIO TA272HUL selling for $1,099.