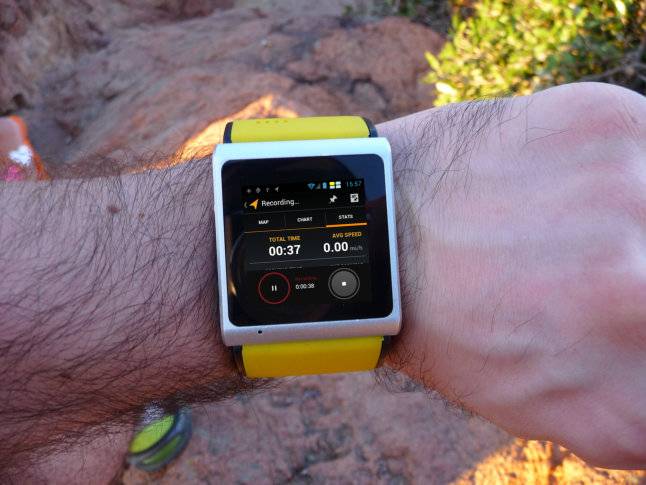 Yet another smartwatch has launched for crowd funding. This latest watch is the A.I Watch and the listing has been spotted on Indiegogo where the team creating the smartwatch is looking for $100,000 in funding. Time will tell if/when they reach that goal, however for now what we are seeing is another smartwatch launching with full Android and cellular connectivity.

Basically, the A.I Watch is launching with a setup similar to another recently successful crowd funded watch, the Omate TrueSmart. But competitors aside, the A.I Watch campaign has just launched and currently sits with 42 days remaining. The early bird pricing begins at $179 and other levels then kick in at $199. The team behind the A.I Watch has offered details on terms of the campaign and the watch itself.

As for the watch, this one features a 1.54 inch capacitive 240 x 240 display, dual-core 1.2GHz processor, 512MB of RAM, 4GB of internal storage and a 5 megapixel camera. The watch sports a 500 mAh battery which is said to be able to provide up to 100 hours to time in standby. This one also has other goodies such as GPS, WiFi, Bluetooth and a complete range of sensors to include Acelerometer, E-Compass, Gyroscope.

Otherwise, the A.I Watch is running Android 4.0.4 Ice Cream Sandwich with a custom user interface sitting on top. And as for that cellular connectivity, that will be arriving in the form of 3G and GSM on the following bands; 850/900/1800/1900. Those considering backing the project may also be happy to hear the watch will ship with Google Play Store access.

And for those worried about any of those specs, there are already a handful of stretch goals created that could potential see the watch launch with Android 4.3, 1GB of RAM, a 600 mAh battery and NFC. 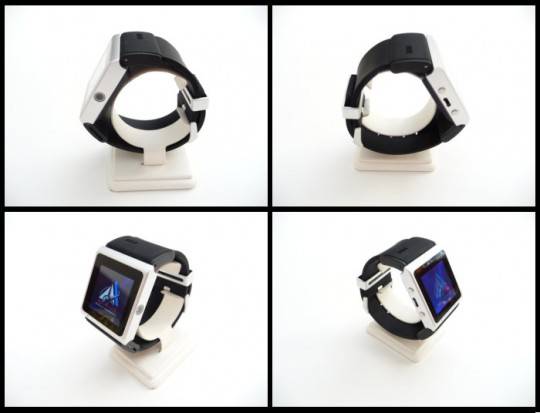 Anyway, while some of the other smartwatches have been offered as the watch only — this time around we are seeing a package deal with accessories included. For example, the $199 backing level includes the watch as well as a USB cable, USB adapter, SIM card ejector tool, watch stand and headset. For now it looks like the deliveries are expected to begin in December and that $199 backing level will eventually retail for $279.