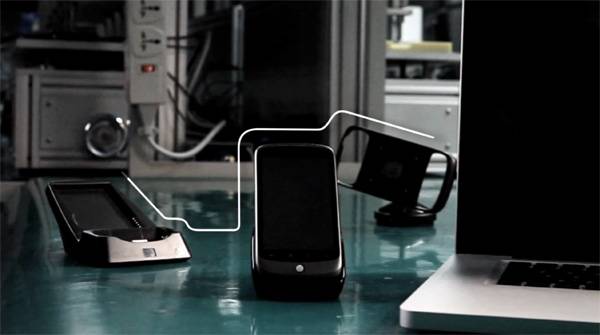 Google’s getting all misty-eyed with their new Android smartphone –  the Nexus One’s conception and design is portrayed in a 4-minute long wrap-up video (first of an upcoming series of five), where we also get a passing glimpse at two new never-before-seen N1 docks.

Android Product Manager Erick Tseng, HTC product manager Tomasz Hasinki, and Lloyd Watts of Audience (provider of noise reduction technology) are all featured in voiceovers for this episode.  A pair of new docks are giving a fleeting glance – one appears to be a normal desktop dock equipped with a battery charger, and the other, a navigation-friendly car dock of sorts.

Awesome story, but no hints revealed when the new docks will be available – check out the video for some Google magic.