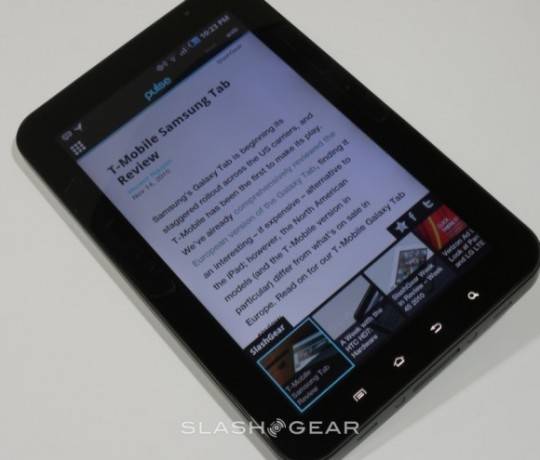 The Galaxy Tab from Samsung is off to a good start as far as sales go. According to Samsung, so far it has moved 600,000 of the Android-powered tablet. The company has already stated that it plans to sell about a million of the devices this year.

The Galaxy Tab went on sale in the middle or October and the sales numbers are global according to Samsung. Samsung has sold about 30,000 of the machines in Korea already since the launch on November 14 .

I would think how well the Galaxy Tab continues to perform will depend on a lot on the competition that is set to hit the market in the next few months. Right now, the Galaxy Tab is one of the few alternatives to the iPad.