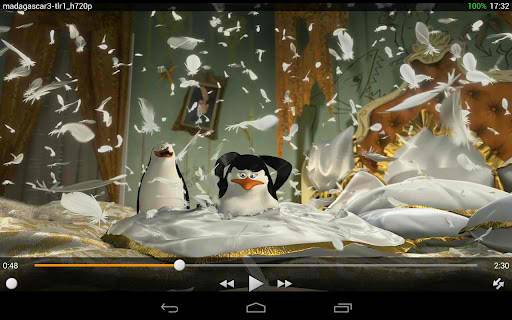 With the proliferation of high definition video – whether streaming or in file form – available for Android devices, and with the ever-improving video performance and higher video resolutions being shipped with handsets and tablets, one would now start to understand the need of a great media player application that will be able to handle such content. Given that the stock Android players that come together with your new devices would probably be able to handle most of the file types out there, it would be unbecoming of any user to not look around the Google Play Store and see the multitude of options – free options at that! – available. So we took it upon ourselves to give you our top 5 free HD video apps. 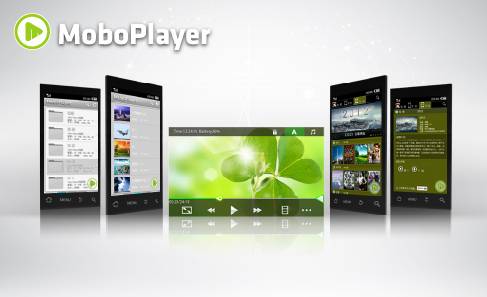 Any respectable discussion about free media players will honestly not be complete without mentioning Moboplayer, as it has been one of the most popular free media players out there for quite a bit of time now. MoboPlayer supports a lot of the video file formats that are rampant in the Internet, including ones that your device might not normally support, this through a feature called software decoding. The player itself also supports multiple audio tracks, subtitles – even multiple onscreen subtitles, and media streaming to media and home entertainment servers. The player takes some time in opening HD video files – especially 1080p ones – but it is rarely more than 3 seconds. With our Samsung Galaxy S3 Alpha (SC-03E) test bed – 4.8-inch 1280×720 screen, 1.6Ghz Exynos processor, Mali-400MP graphics, 2GB RAM – there was no visible lag opening a 1080p MP4 file.

It is available free the Google Play Store, with ad support.

One of the more substantial free media players out there, great for general purpose video viewing, is MX Player. Using this app, you get a feeling that the developers chose to put in just that right balance between ease-of-use and robust features. The video viewer itself is sleek and logical, and the app supports most popular formats. For better format support, there is a codec download available, both from the developers, or you may choose to use any other codecs out there. There are gestures galore, and pinch-to-zoom. You have access to subtitle options, aspect ratio control and other stuff just from the main screen, while a lot more tweaks can be discovered in the settings menu. No lagging on this one as well, the software and hardware decoding holds up well. And since this is a free version, there will be ads, but the experience was altogether unobtrusive and tolerable.

Vplayer is a simple approach to a media playing. It lacks the bells and whistles of most premium players and even like Moboplayer and MX Player, but if you want a straight up video player, this is one of the “lighter” media players out there. It supports the common file formats, and then some. Vplayer will also detect all your folders that contain video files and display them in folder view, but there are no ways of filtering or organizing your content. One of the cool things about Vplayer is that it lets you copy and paste links out of Youtube and Vimeo and play them on Vplayer. 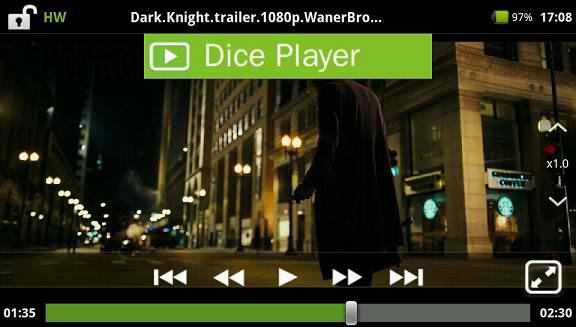 DicePlayer is another feature filled player that leverages on a streamlined and uncluttered viewing window, with some straight up features available. When viewing your movie, the controls for view lock, playback speed controller, audio track and subtitle support, and aspect ratio adjustment is immediately available. DicePlayer even has controls for subtitle sync calibration, for those times when annoying subtitles are just not synced with your movie file. Finally, Dice Network playback support allows users to push their device-based media to media servers and home networks over Samba filesharing, FTP, and other such processes. 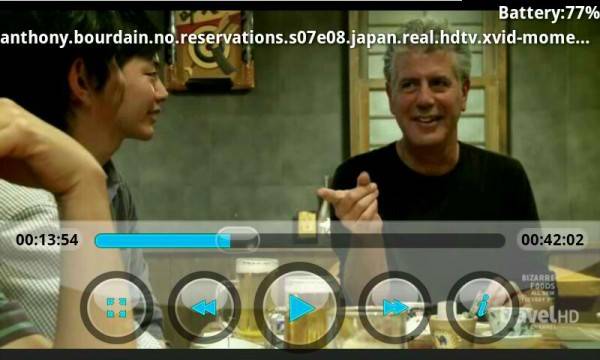 Our last media player on this list is definitely not the least of them all, as the BSPlayer is a solid all around media app as well. Robust to the core, BSPayer offers software and hardware decoding in what seems to be a pretty uncluttered viewing pane – and we do realize that an uncluttered and simple viewing pane is one of our main considerations in a video player. One of the major selling points for the BSPlayer is that it lets you customize the interface to your liking with a variety of skins available. The app has support for subtitles, even built-in subtitles in video container files such as MKVs. As an added feature, the BSPlayer can even automatically find subtitles for your files online – very neat. The BSPlayer also has a “pop-out viewer” where you can keep your video on top of any app you may be running at the moment. As with everything here, it is available for free download and install over at the Google Play Store.

One last app that is probably worthy of mention outside of this list is the VLC Media Player Beta for Android. The downloadable app, even in its beta stage, is still very much usable with your device, and like its desktop version, it can pretty much play whatever file format you throw at it. The app is far from perfect, and being in the beta stage, it has a number of bugs and lags in most cases playing 720 and 1080p files. But in its defense, the team behind it keeps improving the program towards perfection until it finally decides to release it as a full pledged app.