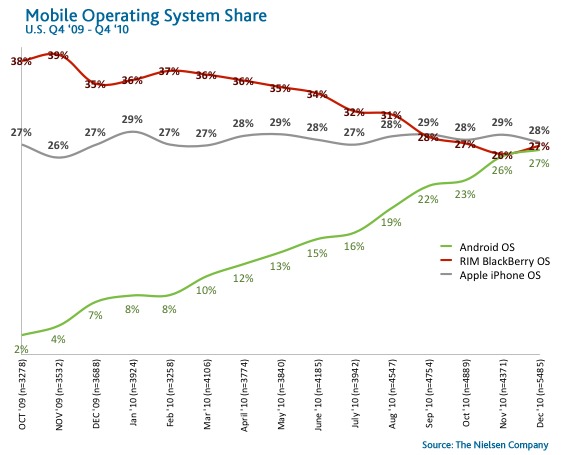 Nielsen has published their latest findings, this time October 2009-December 2010. Just as expected, Android is growing, and growing fast. Currently in a dead heat with both Apple and RIM, Android holds 27-percent of the current market share.

You can see from the graph above that Android truly is skyrocketing in operating system share. RIM’s Blackberry OS has been on the decline and Apple’s iOS has been relatively steady, but once you look at Android you see a jump from just 2-percent to now 27-percent in just over a year’s time. 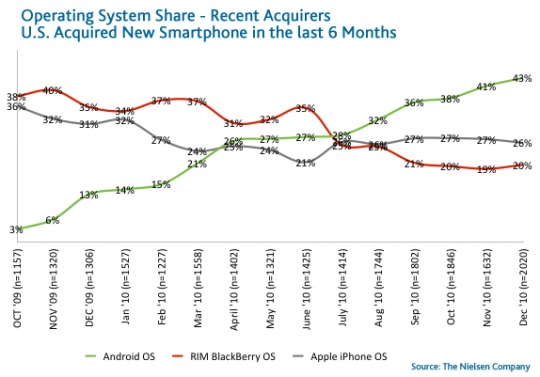 Also worth noting, Android is beginning to see adoption more quickly than any other mobile OS. According to the Nielsen report, 43-percent of smartphone purchases are Android-based.

2010 was an amazing year for the Android platform, and with all of the impressive devices to launch this year, along with the huge 4G push, we expect to Android completely dominate the market here soon.