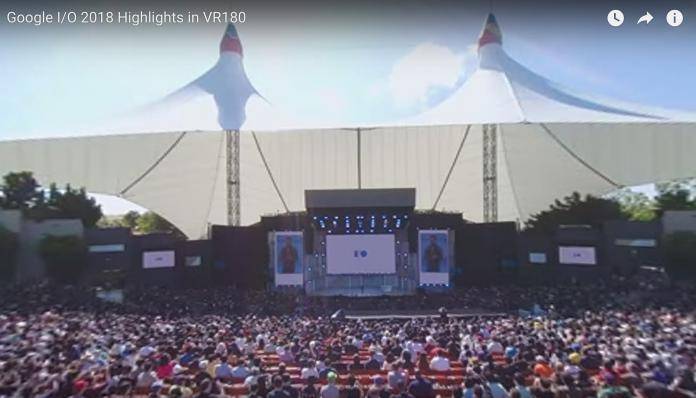 While 360 videos are still very slowly gaining traction, Google is also pushing another alternative for virtual reality videos with its VR180 format. They recently launched their first point-and-shoot cameras that support the format and now the official highlight reel for the recently concluded I/O developer’s conference shows consumer why VR180 might actually be better than 360. Sure you don’t get to see all 360 degrees of a place or an event, but you do get a more realistic view when watching through your VR headset.

Cameras like the Lenovo Mirage and the YI Horizon which they launched before I/O have two lenses that provide a 180° x 180° FOV (field of view). This means you get a more realistic depth of field with the stills and videos that you take. And because you’re not concerned with a 360-degree view, you will be able to draw their attention to the main subject that you want viewers to focus on as well. The highlights for the I/O conference is a good starting point to see why VR180 may actually be better than 360.

Of course to get the full experience, you will have to watch it either with the Cardboard or the Daydream headsets. You’ll be able to see the same per eye view as with other VR content but you also see the outer boundaries when you turn your head. Viewers can also watch it in 2D on the web or on their mobile device, but without the panning around of course.

If you missed the Google I/O conference, you can check out the highlights in the video below, whether in 2D or in VR180.