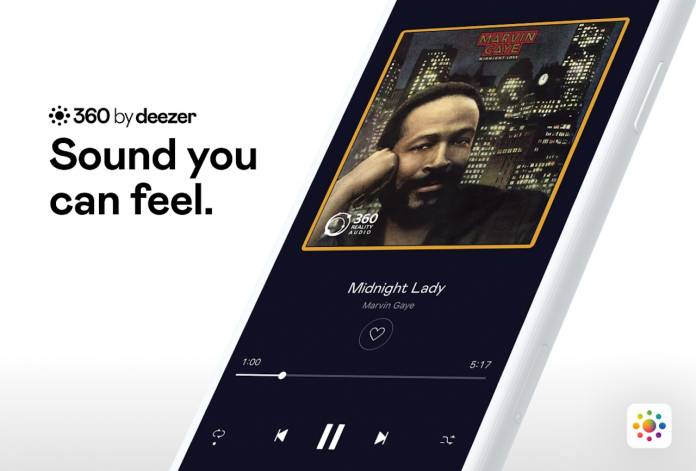 Sony recently announced their groundbreaking 360 Reality Audio music format that caters to music lovers who prefer to listen to music like they were in the studio. And now Deezer has announced a stand-alone music app called 360 by Deezer that will let you listen to music in this 360RA format. Well, that is, if you’re a Deezer Hi-Fi subscriber. The app can also be synced with your regular Deezer app so you don’t need to switch if you want to listen to even more music.

360RA uses object-based spatial audio technology which makes you hear the music as if you’re in an actual audio booth with your favorite singer or band. The best thing is that you don’t need any special hardware for it and even if you just use your normal headphones, you’ll still be able to hear it. Now you can listen to Deezer’s “small but growing music library” of tracks that have been formatted in 360 Reality Audio.

The 360 Deezer app has music from Aerosmith, Britney Spears, Earth Wind & Fire, Marvin Gaye, Miles Davis, etc. You’ll also see a 360 editorial playlist in case you need some recommendations on what to listen to. Since there’s only a handful of artists for now, you can also just easily scroll through the list and see which ones you’d like to listen to. You can sync it with your regular app and just toggle favorite songs in 360 or merge it with the regular tracks.

Of course you’ll need a Deezer Hi-Fi subscription in order to use the 360 by Deezer app. It’s a bit steep at $19.99 per month but if you’re a bit of a snob when it comes to the quality of your digital audio, then this is something you may want to give a try. Those who will buy selected Sony headphones will get a three-month trial for Deezer Hi-Fi and then will have to pay only $14.99 after that.

If you already have an active Deezer HiFi subscription, you can download the 360 by Deezer app from the Google Play Store for free. Hopefully, you’ll get to have more artists there to make it worth your while.