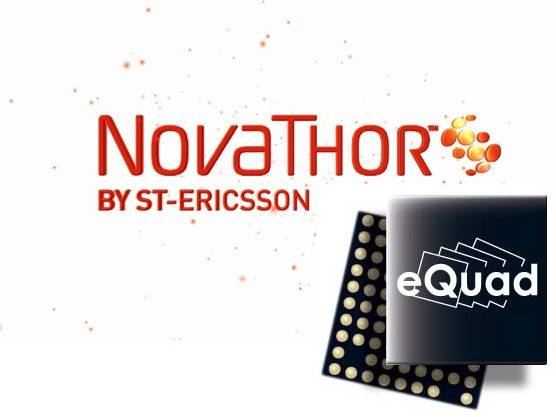 ST-Ericsson’s NovaThor mobile processors might not be a household name, but they’ve been putting a lot of effort lately into their mobile lineup. For those that are unaware, their processors power the Galaxy S III Mini, the Sony Xperia Go, and a few other mid-range devices from yester-year. However their new quad-core 3.0 GHz silicon is claiming to be the world’s fastest mobile CPU.

We certainly have our doubts with a company like NovaThor calling their CPU the “world’s fastest” but then again a quad-core blazing at 3.0 GHz is pretty impressive. Qualcomm’s new 600 series is only 1.7 GHz, and the Tegra 4i chugs along at 2.3 GHz. This means NovaThor’s new beast gets up to some pretty high frequencies.

They even go as far as to claim their new processor will be a breakthrough for mobile devices. Stating their new eQuad will offer “a real industry breakthrough in terms of speed, power consumption and overall performance.” Running on a small and efficient 28nm processor fabrication technology the L8580 3GHz eQuad is “the world’s fastest smartphone processor.” Or so they’d like to think. We’ll reserve judgement til we see some raw data, benchmarks, and get our hands on a device with it.

Then the ST-Ericsson NovaThor L8580 eQuad offers all those other specs we’ve come to expect. Things like 4G LTE, LTE Advanced, VoLTE, HDvoice, NFC and many other leading options. ST-Ericsson states that even at these high frequencies their processors still offer over 35% better battery life than the competition. We’ll be looking for more details and getting our hands on these new chips next week at Mobile World Congress. For now more details are available from their press release.