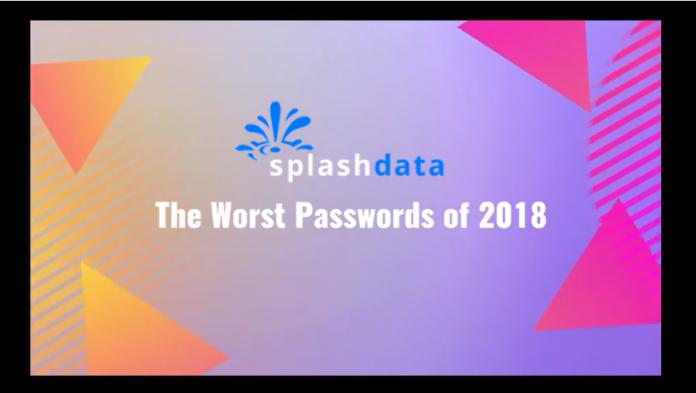 One of the year-end lists that we look forward to is SplashData’s annual list of the world’s worst passwords. And it seems like people still did not learn their lesson from previous years as the top two have been in that spot for the past five years. Yes, apparently, people still use “123456” and “password” as their actual password despite constant warnings and reminders from various entities.

SplashData, provider of various password management applications, evaluates more than 5 million leaked passwords every year and for eight years now have released a list of the 100 worst passwords. They do this because they want to encourage people to adopt stronger passwords (and maybe use one of their products in the process). But it looks like it’s still not working as we’re still seeing the same ole horrible passwords.

Aside from the aforementioned two worst passwords, the others in the list are easily guessable numerical strings and letter sequences and even words like “qwerty” and “Iloveyou”. SplashData estimates that at least 10% of people have used at least one of the 25 worst passwords and 3% have used the worst, which is “123456”. The leaked passwords came mostly from North America and Western Europe.

They also gave three tips to protect your accounts from nefarious online elements. First, you should use passwords with twelve characters or more and better if you use mixed characters. You should also use different passwords for each of your logins so that in case you do get hacked, they won’t have access to all of your accounts. Lastly, and obviously, they recommend using a password manager to make your accounts safer and make your life more convenient as well. ]