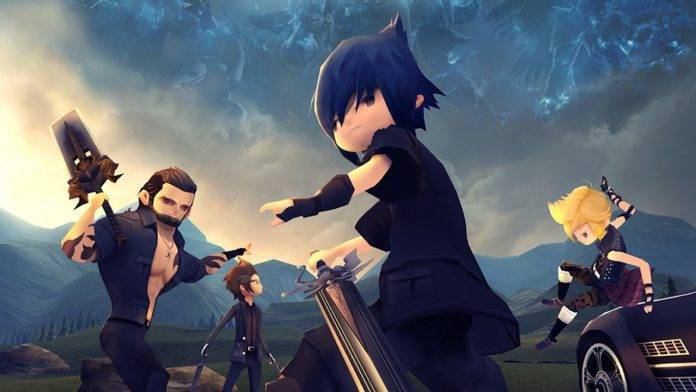 For those of you who were a bit skeptical of how Final Fantasy XV Pocket Edition was going to go down, you can all rest assured now. At the very least, Square Enix seems to have carried over the exact story of the console version to mobile. If you’re not convinced yet, there’s a 20-minute gameplay video that should let you see how the game works.

The people over at IGN went to PAX West 2017 and went over to Square Enix’s area hoping to get a glimpse of Final Fantasy XV Pocket Edition. They were not disappointed. They were able to play with the game and give us a good look at how the game was going to go down. See the video below, and take your sweet time.

Basically, Square Enix did a good job in scaling down the epic RPG gameplay of Final Fantasy XV for the Pocket Edition of the game. You will immediately notice the chibi style animation, with Noctis and company getting cuter versions of themselves. The gameplay revolves around taps, swipes, and dragging across the screen.

What is surprising is that Square Enix seems to have been faithful to the full story of the consolve version. The game will be released and split across 10 episodes, much like a Telltale game. This sounds like a good strategy because mobile gamers usually play in their spare time and can’t commit long hours of gaming on their smartphones.