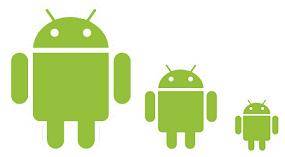 With at least eighteen Android devices expected to be on the market by the end of 2009, Google’s Andy Rubin has been explaining the three levels of platform adoption open to handset manufacturers and carriers.  While Android remains free to use and OEMs are not even required to tell Google about their implementation – that figure of eighteen phones are only those the company knows about – there are degrees of flexibility in how some of the platform’s flagship apps can be deployed.

The most basic implementation is obligation-free, with manufacturers at liberty to install Android on as many devices as they please.  However they may not distribute GMail, Google Calendar or any of the other so-called “popular Google applications”.  Next comes an implementation with strings attached, in which manufacturers sign a distribution agreement with Google and are thus permitted to include their apps.  Finally comes what the search giant refers to as The Google Experience, with Google branding on the handset, full installs of the Google apps and unrestricted access to the Android Market.

Of the handsets Rubin is aware of hitting the market by the end of this year, 12-14 fall into the second category and 5-6 into the third.  Rubin expects US carriers to take longer to introduce Android devices, as they attempt to customize the platform; he declined to confirm which manufacturers Google know to be creating Android handsets.