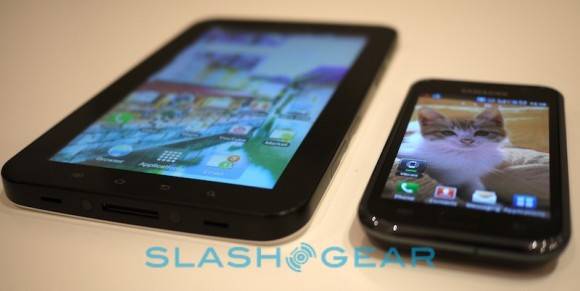 We all knew that Samsung had plans to further enter the tablet market with new Galaxy S devices. We now have official word from Samsung Mobile Ireland’s manager Gary Twohig. The details are scarce and although we didn’t get a price point, we did get a confirmation that the device is preparing to be released in the first half of 2011.

The 10-inch Galaxy Tab will be running Android (3.0 is likely) and will be a more natural, direct competitor to the Apple iPad. We also got word back at IFA that there are additional, smaller Galaxy Tab devices in the works. These new devices will fill the gap between the Galaxy lineup of phones and the almost ready for release 7-inch tablet.

It’s also interesting to note that the devices will be differentiated from each other and will each focus on one or a few areas of interest. For example, some devices may focus on media consumption while other can focus on creation and include a higher resolution camera and video/photo editing software.