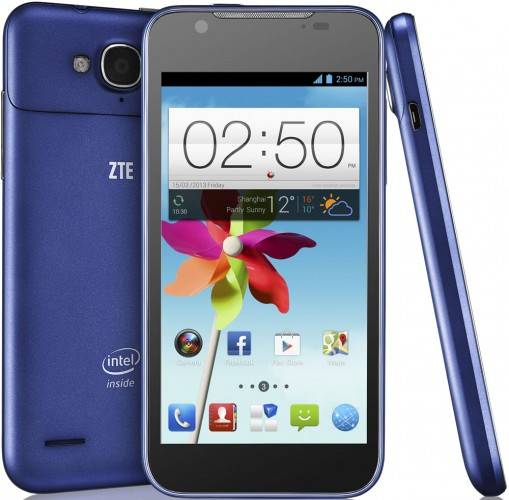 A new smartphone has debuted from smartphone maker ZTE this week called the Grand X2. The phone runs the Android operating system, but uses a processor much different from those we’re used to seeing inside Android devices. The phone is powered by an Intel Atom processor.

The processor should make this an impressively high-end device and it’s expected to launch in Europe this fall. ZTE hasn’t offered as any details on exactly how much the device will cost or if it will be released in other areas, including the United States. The processor is an Intel Atom Z2580 running at 2 GHz.

The smartphone also has 8 GB of storage and 1 GB of RAM. A memory card slot is integrated for storage expansion and supports memory cards up to 32 GB in size. The display measures 4.5-inches and has a resolution of 1280 x 720.

The device runs Android Jelly Bean for the operating system and features an eight-megapixel rear camera. The camera can take still photos using a rapid shot mode at up to 24 frames per second and record full HD resolution video. The device also supports WiDi.

The internal battery has 2000 mAh of power and exactly how much runtime that should bring is a question. The outside of the phone uses a soft touch material that should help prevent smudges and fingerprints. Does this sound like a device you would be interested in?