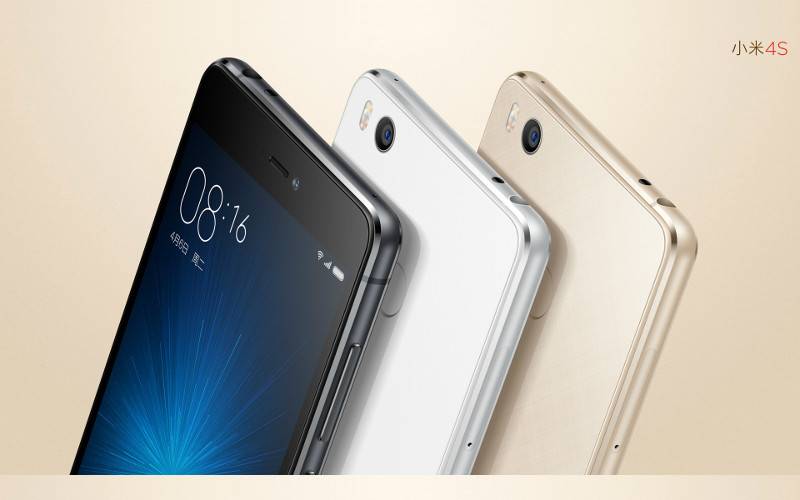 Chinese OEM superstar Xiaomi has just taken off the veils from the Xiaomi Mi 4s, the company’s “half step” from last year’s flagship. While this is unambiguously not the 2016 front liner of Xiaomi’s portfolio, it offers a more affordable option for those with almost the same need for power but don’t have the same budget. Practically a small upgrade over the 2014 Xiaomi Mi 4, the Mi 4s bumps up the processor and the software but keeps much of the good things from the older model.

The smartphone’s handy 5-inch 1080p screen will most likely be the first thing you’ll notice. The resolution might be a tad disappointing, but don’t let size fool you into thinking this is the same old phone. The processor, for example, has been upgrade to a Qualcomm Snapdragon 808, the company’s hexa-core 64-bit CPU. Novel back then, the 3 GB RAM still remain a top tier feature, which isn’t that bad considering what you might be paying for. The Xiaomi Mi 4s immediately starts with 64 GB of storage and does away with the measly 16 GB option. One of the dual sim card slot can also be used with a microSD card for more storage space. 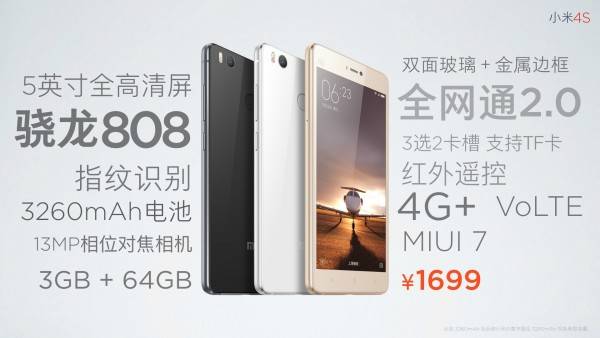 The cameras are mostly the same, with a 13 megapixel sensor on the back, illuminated by two-tone LED flash. Curiously, the front camera was actually downgraded compared to the Mi 4, now only at 5 megapixels. Xiaomi has seemingly made up for that by putting a larger 3,260 mAh battery inside.

Xiaomi’s prices are known to be ridiculously low, though it has started getting in with the times and pushing its top tier higher and higher, both in specs and in price tag. The Xiaomi Mi 4s, then, offers a compromise. It will be sold for only 1,699 RMB, which is roughly $259, about the same or lower than most mid-range smartphones. The Xiaomi Mi 4s goes on sale in China March 1st and will come in White, Black, Gold, and, of course, Pink hues.

Xiaomi is set to make a splash at MWC 2016 as well, so watch this space for updates on the Chinese OEMs latest smartphones.