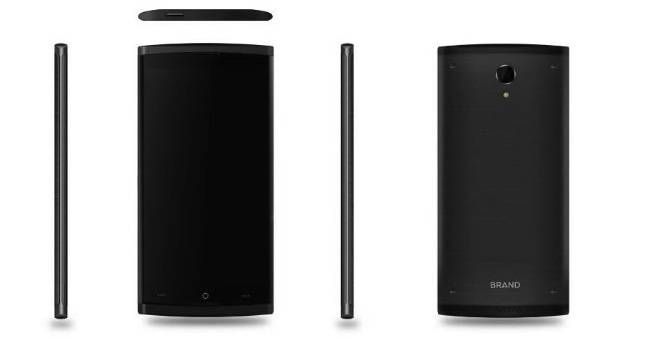 Lately there has been an ongoing trend to try and earn the title and crown of having the “world’s thinnest smartphone.” The folks from OPPO, Huawei, and many others have all joined in on the fun, but the record keeps getting beat every few months as technology advances. Today a Chinese company is looking to smash all the competition with a truly razor thin smartphone.

Currently the smartphone that holds the title for the thinnest smartphone is the recently unveiled Huawei P6 coming in at 6.18mm. Before that was OPPO, and before that was another Huawei device. Honestly, we feel like a decently thin smartphone with a large battery is much more warranted, but to each his own.

Meet a rather unknown Chinese company called UMeox and their new Brand X5 smartphone. This thing truly is one of the slimmest and sleekest handsets we’ve ever seen. It doesn’t just beat the Huawei P6 by a few millimeters either. It comes in at under 6mm thick. Something no one has delivered quite yet.

Their device is less than a quarter of an inch thick, coming in at just 5.6mm, and looks pretty sharp from the image shown above. Full dimensions are 118 x 60 x 5.6mm and it comes with a decent 4-inch display according to reports. If you love a super thin phone this Chinese device might also make its way to Europe according to reports. Do you like this idea? Or would you rather compromise on a few mm in favor of better battery life?