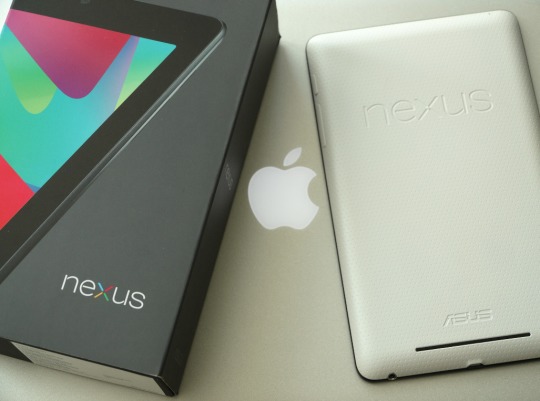 In case anyone somehow missed the news this afternoon, Apple announced and made official their new 7.9-inch iPad mini. At the same time they nicely gave Google’s Nexus 7 some free advertising by comparing the two tablets and letting the Nexus 7 take center stage. With the new iPad mini finally here what does Google need to do in response? Nothing actually, but here’s what we are expecting.

Apple took a few minutes to showcase the iPad mini along side the Nexus 7 on stage during their event. Comparing the larger screen, smaller bezels, and all of those iOS tablet apps. However, they didn’t mention the other side of the isle. Obviously the screen is bigger so you’ll see more of a webpage, but how about resolution? Apple failed to mention the 1024 x 768 resolution isn’t “truly” HD, and is still the old 4:3 aspect ratio. Movies, YouTube videos, and more will all look better on the 1280 x 800 HD IPS display of the Nexus 7. 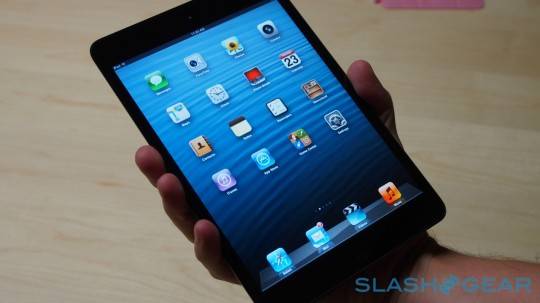 Price? The iPad mini 16GB WiFi will run users $329, while Google’s Nexus 7 is currently $249 for the same size. However, come October 29th almost all signs are pointing to the Nexus 7 being $199 for the 16GB model, and Google will introduce the already in some stores 32GB Nexus 7 for $249 — making it obviously a better price. The iPad mini comes with older iPad 2 internals like a dual-core A5 processor, while our beloved Nexus 7 is powered by an impressive quad-core NVIDIA Tegra 3 and 1GB of RAM. About the only selling point in regards to being “better” is the larger screen (for those that need it) and the rear facing camera.

So what does Google need to do in order to eclipse the iPad mini? Like we said above, nothing! Still, Google has a slew of announcements up their sleeves and we have a feeling their October 29th Android event next Monday will be aiming for more than the iPad mini. Rumors are suggesting a 10-inch “retina-beating” Nexus 10 with a 2560 x 1600 HD resolution made by Samsung. Pair that with the multiple rumors that Google will also be releasing a 3G Nexus 7 into the Google Play Store — they are sitting pretty.

Rumors suggest Google’s 3G/HSPA+ Nexus 7 will be announced on the 29th and here’s the pricing strategy they’ll likely set forth to compete with the new bite-sized iPad. Their 16GB Nexus 7 will be $199, 32GB for $249, and the Nexus 7 32GB HSPA+ for $349. Compare that with the 16GB 4G LTE iPad mini starting at $459 the Nexus 7 is already the clear winner regarding price.

In the end the Nexus 7 will not eclipse the iPad mini, nor will the iPad mini wrestle too many buyers away from Google. Both are great products, and both will sell extremely well. Google’s yet to announce any details on how many tablets they’ve actually sold — but we have a feeling that number is coming soon. We’ll end with a question. What do you think Google needs to do in response, if any, and what are your thoughts on the iPad mini?