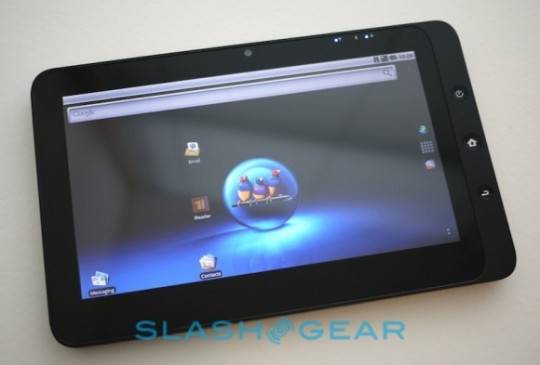 There are a lot of folks out there that really want an Android-powered tablet that they can use. There are a number of them on the market and the big downside is that as Google says the versions of Android on the market right now aren’t that tablet friendly. The good news is that with each update to Android things get better and a full on tablet ready version will be here before you know it.

If you ran out and bought one of the ViewSonic ViewPad 10 tablets when it landed with Android 1.6 and you have been waiting for an update, good news is here. The Android 2.2 stuff for the ViewPad 10 is now integrated in the main Android repository. That means you can grab the new update and give it a try, note that this isn’t an official update.

The caveat here is that the team working on the update notes it’s a work in progress, which we can assume to mean a beta offering. You might find some bugs and if things don’t work, no help will come from ViewSonic. Sister site SlashGear has spent some hands on time with the ViewPad 10 if you are considering picking one up and want to know more. The important thing here is that this ViewPad 10 version has the mojo for running Android 2.2 on x86 Atom platforms. Presumably, this same distro will be workable for other Atom based rigs as well.