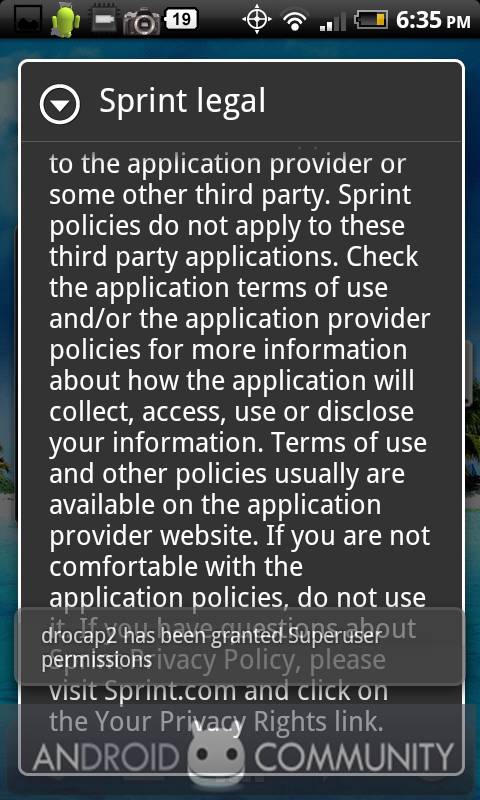 Verizon’s popular device, the Droid Incredible, was originally planned for Sprint as seen by the found shots of the Sprint legal notice in the phones software. Hidden along with the 4G screens that we found last week, our tipster found much more than just the basic 4G menu.

While browsing through the features of LauncherPro using the Activities option that allows you to create a shortcut to just about anything within the phone, he discovered some interesting software menus. Along with the 4G menu, a Sprint legal notice and SIM card settings menu were found.

This means that HTC’s plans were definitely to offer the Incredible on Sprint which, in turn, would explain why the 4G settings menu was there in the first place. This also explains why when we first heard of the device it was known as the HTC Incredible and not the Droid Incredible which it launched as. Of course there has been no word from HTC or Sprint regarding this, but we can sure expect to see an array of future 4G HTC devices hitting Sprint’s network in the coming years.

For further screen shots of the find, check out the gallery below!