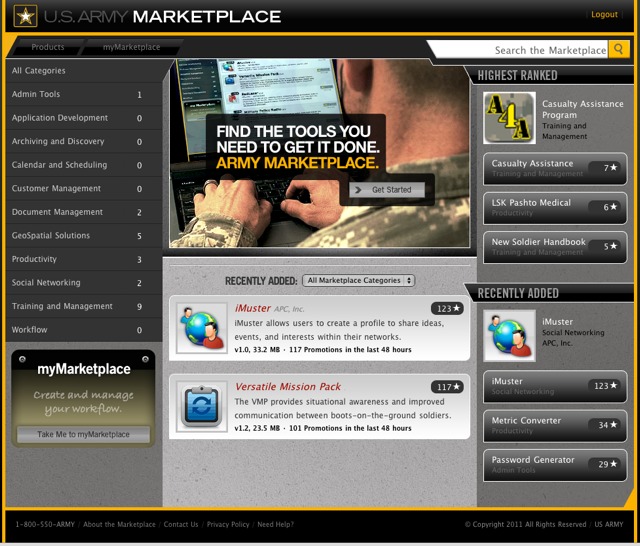 The U.S. Army has launched an official app store tailed specifically for Military and other Army personnel. It is going to be filled with Android and iOS apps that will benefit members of the Military. We are also hearing soldiers will be able to request apps that they need but aren’t there yet. This is not officially been released on Android or iOS yet, but they plan to shortly.

We aren’t sure exactly the name yet, looks like Army Marketplace for now. If they can overcome all the different issues, and possible security problems this app store will be coming to the military sooner than later. It is currently web based but they plan to release an actual market app. There are 17 Android apps and 16 iOS apps available now. The website is currently only accessible to Department of Defense personnel who have a login and password. We have heard the Army expects the site to be fully operational come August.

Currently no mobile device has achieved certification to access the military networks as of yet, so once all the security holes and certifications get approved we should be seeing more and more of this tool for our soldiers. Android phone and tablets are currently in the process of getting certified, so hopefully the wait should not be too long.