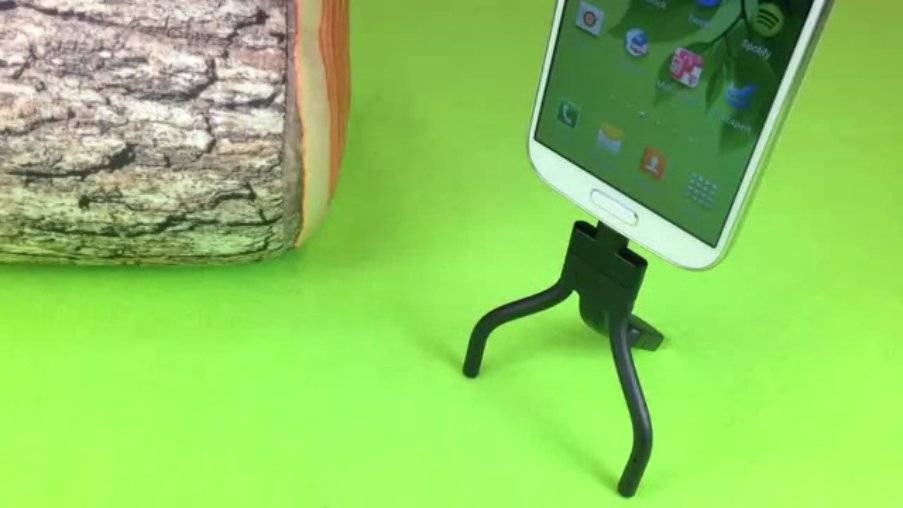 There are some ideas that, when presented, look so simple and obvious that one wonders why no one has ever though of it yet. One such idea is the smartphone accessory Torso and its making its way through Kickstarter right now.

The name “Torso” doesn’t really capture the essence of this accessory, which is a charging cable, smartphone stand, and headphone cable spool. The constructions and form is simplicity itself. Inside is a wire skeleton that allows owners to bend the three legs, one of which is actually the USB plug, in any way. This transforms Torso from a mere charging cable to an all-in-one accessory.

It’s flat and straight ultra-portable mode is perfect for stuffing into bags or small spaces. It is in also in this mode that it becomes a spool which you can wrap your headphone’s cables around. Bend the USB leg or all legs into an L shape and you can set your phone upright when charging from a wall socket. Bend the three legs in different directions and you get a tripod setup for hands free video calls or timed camera shots. Turn it around and you’ve got a practical kickstand for landscape viewing. The Kickstarter video pitch below demonstrates all the possible uses for Torso.

Judging from the video, the build looks quite sturdy and doesn’t wobble or bend under a smartphone’s weight, though the Samsung Galaxy S 4 used for testing might not be representative of larger phablets. The Kickstarter campaign for Torso has reached almost half of its $50,000 funding goal and still has 28 days to go. The limited early bird tier will let you get a micro-USB Torso, for Android smartphones of course, for $15.