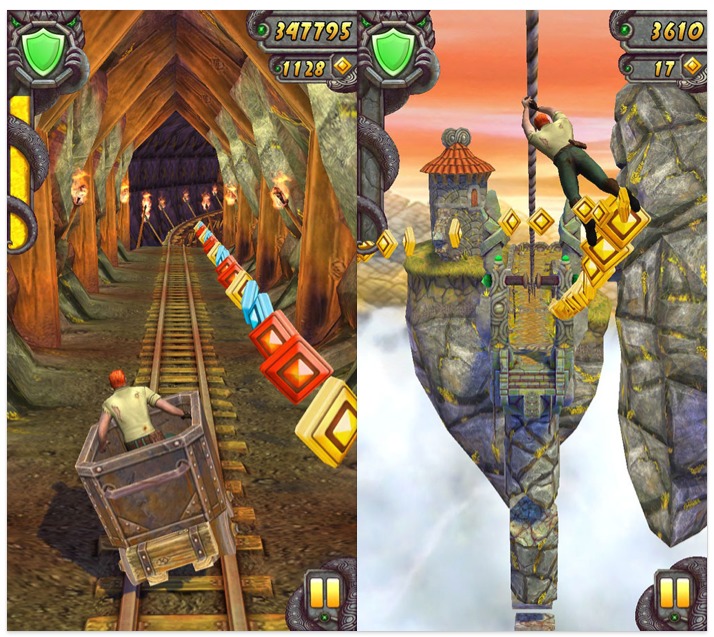 Whoa. Out of the blue this afternoon the founder of Imangi Studios and creator of the wildly popular and addicting game Temple Run has announced that Temple Run 2 is launching tomorrow. Temple Run 2 will be available tonight in New Zealand and then arrive for the US tomorrow on iOS, followed by an Android release next week. The game is one of the biggest success stories on both iOS and Android, and we’re looking forward to seeing the sequel.

Multiple reports have surfaced over the earlier parts of the morning confirming Temple Run 2 is in fact real and available as we speak in New Zealand. Imangi Studios home country will get the first crack at it, then the rest of the world will get to enjoy their new spin on running from monkeys and creatures.

The founder of Imangi Studios confirmed the news this morning on Twitter, and we are looking for more details regarding an Android version. It looks like this isn’t a movie spin-off, or just another update. This is a true sequel to one of the biggest mobile games of 2012. Temple Run 2 has an entirely new look and feel, tons of different gaming elements, and the graphics are seriously improved to take advantage of these powerful smartphone GPU’s we have these days.

Just like the original you’ll be running from creatures and collecting coins, only this time you’re at an ancient Temple high in the sky with the sunlight slowly fading in the background. There’s a nice sunset and tons of great graphics and animations tweaks that really makes the game quite fun. Looking at some of the screenshots linked to above this game is looking more and more like Indiana Jones, but we like it. After reaching out to Imangi Studios we can confirm that an Android release is set to arrive later next week. Who’s excited?