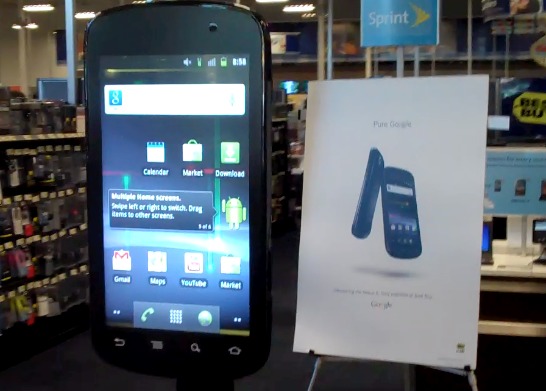 Giant display phones are not a new thing in the world of retailers. Apple has made giant “demo” models of their iPhone, and Google even made one of the original Nexus One. As we all know, these units were simply playing a looping video showing off the software features of the devices. This Nexus S, however, does not – yes, it actually works!

Google employees installed the giant display device in hopes to attract potential buyers, and with a full working 42-inch display and working camera, that won’t be such a hard task. The key to this device is that it actually is powered by a smaller Nexus S with video out capabilities inside of the unit making for the real world user interface.

Currently the display unit is only available in the San Carlos Best Buy. Google plans to test how it does is the wild (durability of the screen) and if it’s successful, they plan to roll out a few more across the US.