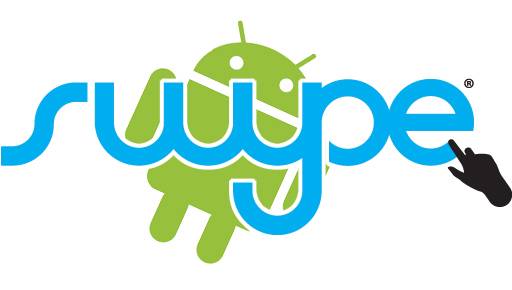 Ruh roh! Are everyone one of the XDA Developers going to be arrested? No way man. The administrators sent a request to the developers of Swype asking them to grab an official statement for their stance on what constitues legal distribution of Swype and what didn’t. What do they end up saying? Mostly no, don’t do that, don’t ever do that, you jerk dudes. On the other hand they do mention something along the lines of “we also feel that the enthusiast community is valuable to the long-term success of our business.” That sounds promising. Is it?

They note that all forms of distribution of their software is illegal except in one instance: Just so long as you have the required third party rights, you may include Swype in ROMs for devices that come with Swype pre-installed (the version that was installed being correct, of course, as well.) Simple? Just don’t do it! That’s what they’re basically saying. Check out the full response here:

While we at Swype are obligated to protect our intellectual property, we also feel that the enthusiast community is valuable to the long-term success of our business. With that in mind we’d like to offer some rules for posting content related to Swype here on the XDA-developers forum.

The overriding principle behind our policy is that distributing Swype in any way which would allow its use without a license is a violation of our terms of service and our intellectual property rights. This includes the use of features for which the user does not hold a valid license. Therefore the following situations are not allowed:

Distribution of Swype standalone APKs in any form;
Inclusion of Swype in ROMs where the Swype licensing mechanisms have been stripped;
The addition of features, such as the voice input button, to devices where the user does not hold a license or appropriate rights for these features – this includes the distribution of additional languages; and any other use of Swype that infringes any third party copyrights or other intellectual property rights or violating any third party terms of service.

The following, however, are allowed by Swype (assuming you have all other required third party rights):

Inclusion of Swype in ROMs for devices which come with Swype preinstalled, where the version of Swype matches the version distributed with the device and all licensing mechanisms remain intact, and where the user is not infringing on any third party copyrights or other intellectual property rights or violating any third party (e.g., a device manufacturer or carrier) terms of service; and the use of MetaMorph(R) to modify graphical elements in any licensed installation of Swype.

Thank you for your understanding and cooperation in making sure our intellectual property and that of third parties is protected, while still allowing those who love to customize their devices in such awesome ways the liberty to do so. Swype reserves all of its rights.