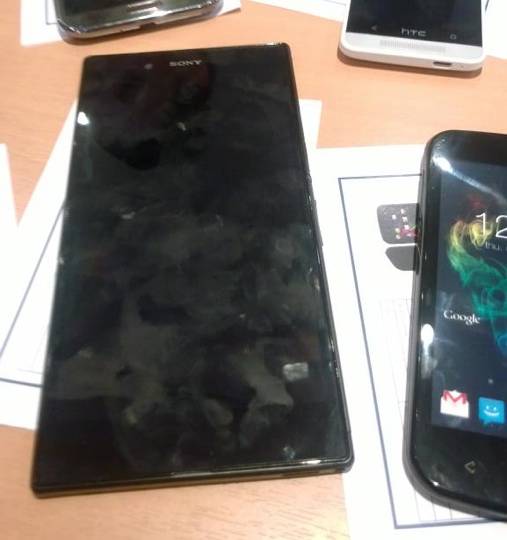 This is a strange one, but certainly something worth talking about. Now that Sony has a device with every letter in the alphabet they’re moving on to additional naming methods. Today we’re seeing a pretty random image of what is being reported as the Sony Xperia ZU Phablet. Previously spotted and rumored as the Togari tablet.

The image below is making the rounds, and we’re not really sure what to think of it. It’s certainly an odd and different way to release an image of an unknown and currently unreleased device. It isn’t April fools, but feels like it is, because this phablet has a cute little baby kitty hanging out on the 6.44-inch 1080p tablets display.

According to what we know so far Sony could be revealing this phone later this month. And by phone we mean massive smartphone that fits the term “phablet” better than most being 6.44-inches in size. It’s working with a 1080p full HD display, and reportedly Qualcomm’s new Snapdragon 800 series 2.3 GHz quad-core processor. So it should be a beast of a smartphone. Err tablet. 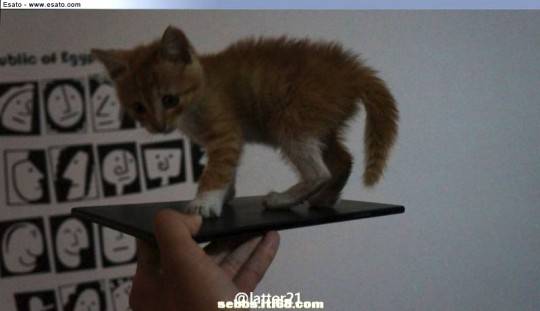 As you can see it is rather large, and can handle that kitty with ease. The device is extremely sleek and thin, reportedly being just 6.5mm thick. We’re not expecting Qualcomm’s Snapdragon 800 quite yet, so while it could get announced in late June we certainly won’t see this hit the market for at least a few more months. That’s only if it indeed even sports Qualcomm’s new chip.

So far no other details on this Xperia ZU phablet, or that cat can be confirmed, but we’ll keep our ears open.