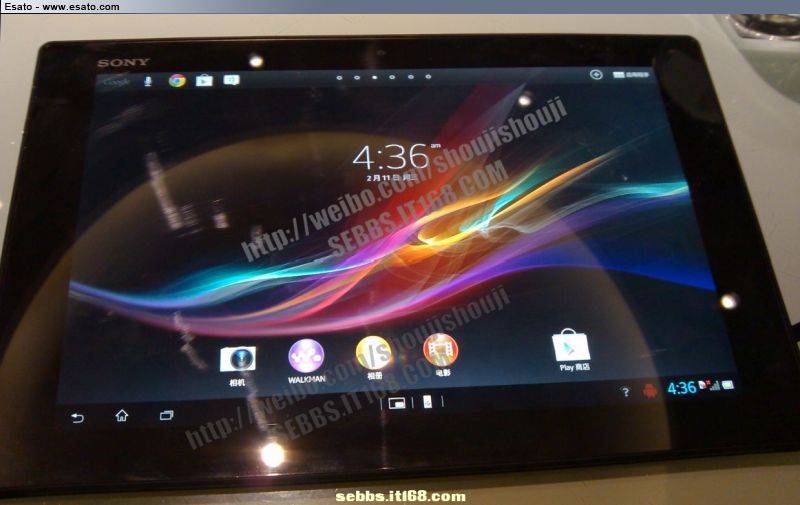 Sony made a pretty big splash at CES this year with their new Xperia Z smartphone, but they decided to wait a few days before revealing its tablet sibling. Earlier this afternoon we reported on the just announced Xperia Tablet Z, and now we have some actual footage of the pad and not just press images. Check out the leaked picture and quick video after the break.

Above is one of the first actual pictures of the hardware, rather than just a few press renders provided by the folks from Sony. Since the device has already been announced this isn’t anything major since we already know all the details, but it’s nice to see it in the flesh. This also means Sony is probably in the final testing stages and will have this tablet ready to rock soon.

While we know this tablet will sport a 10.1-inch display, a 1.5 GHz quad-core processor, 2GB of RAM, 32GB of storage along with NFC, 4G LTE, and much more we still don’t have a price or release date. Now that we’re seeing actual pictures and the video linked to below, it’s safe to say Sony should have this on the market shortly.

The video above shows the new Xperia Launcher and skin Sony’s tossed over stock Android, and from our first glance it looks rather fresh and quite smooth. Whether you’re a fan of stock Android or custom skins, Sony seems to have a winner here. Bloomberg is reporting this will hit the shelves in March after Mobile World Congress, and we’d have to agree. Stay tuned for some hands-on pictures and videos live from Barcelona next month.