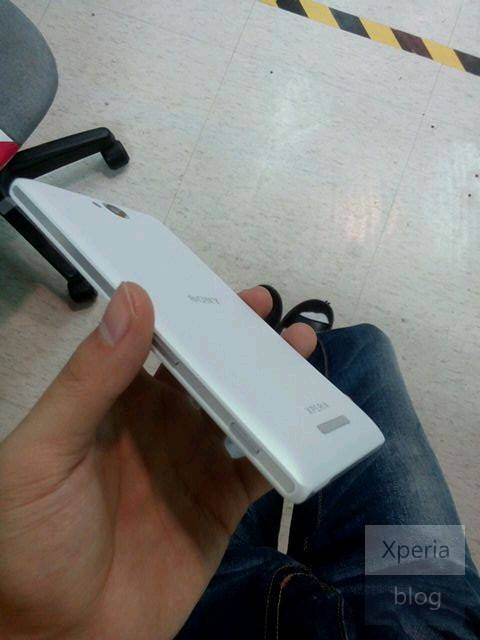 Today we’re getting our first look at another Android smartphone in the works from Sony. The device has leaked in a series of pictures, and the device is going by the name Xperia S39h and will most likely be headed to China. Sony and their latest Xperia Z and ZL devices have been quite popular, so we’re interested in hearing more about a smaller 4.3-inch device like what we see below.

This weekend an entire gallery of images were nicely revealed from the guys at Xperia Blog but the pictures didn’t come with any details or specs on the device. So while their leakster suggests a 4.3-inch 720p display, we can’t confirm anything else at this point other than it’s a nice looking smartphone.

The new Sony Xperia S39h will probably come to market just above the 4.3-inch Xperia L (model C210X, S36h) as this is being listed as the 39h. The S stands for small, suggesting another 4.3-inch device rather than their larger 5-inch 1080p smartphones of late. We can see a large sensor for what will probably be a 5 or 8 megapixel camera, and the device has a dedicated camera shutter as well.

Overall the phone has a rather generic look, but still is in line with the recent 2013 Xperia devices. With a large plastic bezel and white frame nicely surrounded with an aluminum side railing, but for now we’ll just have to wait for additional details. Leaks suggest this as a dual-SIM budget device for China, and we’ll update as soon as we learn more details and plans from Sony.