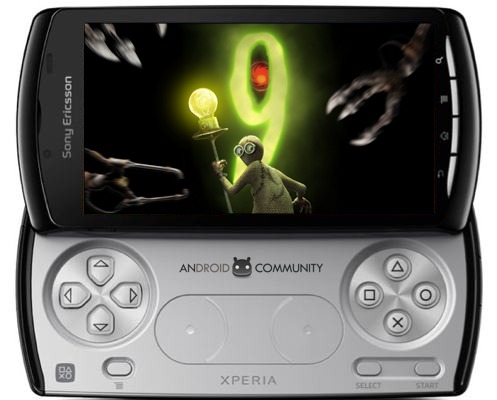 No joke, via the same source we spoke to on the importance of the Xperia PLAY, Sony Ericsson doesn’t plan on stopping with that headliner, no way! Sony plans on taking out all oncomers in the coming year with not one flagship phone, but 9 utterly amazing Android phones (which we, of course, have no further info on.) This tidbit of information is built on a talk we had with a source quite familiar with the inner workings of Sony Ericsson, a source who indeed did confirm not only Sony’s plan to release this barrage of Android phones throughout 2011, but more specifically the Xperia PLAY by the end of this quarter.

This could be big news for the world of Android as well as the manufacturers who hold sway over the points. Once Sony Ericsson, a force not quite to be reckoned with in the Android world quite yet, starts swinging their arms out to fly over North America, they’re bound to make a big impact. In similar news, Engadget has heard that the Playstation phone will be hitting the UK on March 31st, lining up nicely with this Q1 projection we’ve heard for the USA.

On the micro-bit – we’ve held the Xperia PLAY in our hands, just for a few brief moments, but long enough to say that it feels just magical. The one we held was one of two, both of them in full ready and working operation, that our source held, one with a Verizon SIM, the other with an AT&T – does this mean the Xperia PLAY will have a far-reaching a carrier release as they say the UK will? We shall see. Meanwhile, let’s get our claws out and start digging for the rest of the 9!