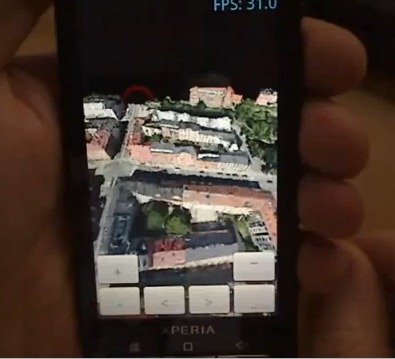 As we all know, the Android-powered Sony Ericsson Xperia X10 handset is getting ready to be launch by the second quarter of this year in Canada. But what many of you didn’t know is that some of those who get this SE handset in Europe will enjoy 3D satellite maps.

The folks over at Ericsson Labs have uploaded a video demonstration of their new 3D Landscape API running on the Android-based Xperia X10 phone. According to them, “The SDK libraries uses unique maps in 3D and fast methods for rendering the maps which makes it possible to show realtime 3D maps in high quality.”

They also said, “the maps for the SDKs are downloaded from a backend server and buffered in the mobile as needed.” For now, only Stockholm – capital and the largest city of Sweden – are able to enjoy a limited set of maps. But the guys from Ericsson Labs promised to add more later.